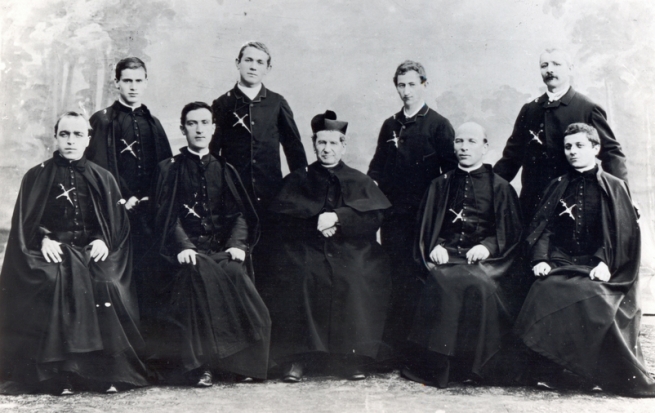 (ANS - Quito) – The first Salesian missionaries landed in Guayaquil, Ecuador, on January 12, 1888. For this reason, on the exact day of the anniversary, last Friday, the "Sacred Heart of Jesus" Province of Ecuador (ECU) commemorated its 130 years of educational and pastoral work in favor of the young and the needy families.

The work of the Salesian then began on January 28, 1888, when missionaries arrived in Quito and managed the Catholic Protectorate of Arts and Crafts at the request of the then President of Ecuador, José María Plácido Caamaño.

The news of this event reached Don Bosco the following January 30, a day before he passed away. It was, indeed, the last mission that Don Bosco blessed. The death of the Founder, however, did not stop their work; on February 5, they welcomed the first student in the Protectorate and on February 18 inaugurated the festive oratory with many children attending.

On 30 August 1896, the first Salesian house opened in Quito, the first of many. In 1893, the Salesian houses of Ecuador went to constitute a Vice-Province, and in the same year, it was elevated to a Province, withthe canonical decree, however, published only in 1902.

Today, the Province of Ecuador includes 24 centers that host 159 Salesians, including 110 priests; there are also 31 Salesian educational centers (CES) teaching approximately 32,000 children and young people, and 40 oratories with about 1,200 animators and over 11,000 young people.

Also worthy of mention are the social programs of the "Ecuador Salesian Project" which promotes the integral development of children and adolescents at risk; the "Children of the Streets - North Zone" project which in 2017 alone provided assistance and care for 2,581 children and young people from various provinces of the country; the Missionary Youth Volunteering, in 35 years of existence, has placed 2,226 volunteers at the service of the poor and needy; and the Salesian Youth Movement, which brings together about 4,000 young people.

The missionary character is also a characteristic feature of the Province itself, visible in the apostolic accompaniment of the communities of the indigenous Shuar and Achuar; through the Amazonian houses of Bomboiza, Sevilla Don Bosco, Macas, Wasakentsa, Yaupi and Taisha; and in the Andean missions, thanks to the centers of Cayambe, Zumbahua, Simiátug, Facundo Vela and Salinas de Guaranda, which serve a total of 189 communities.