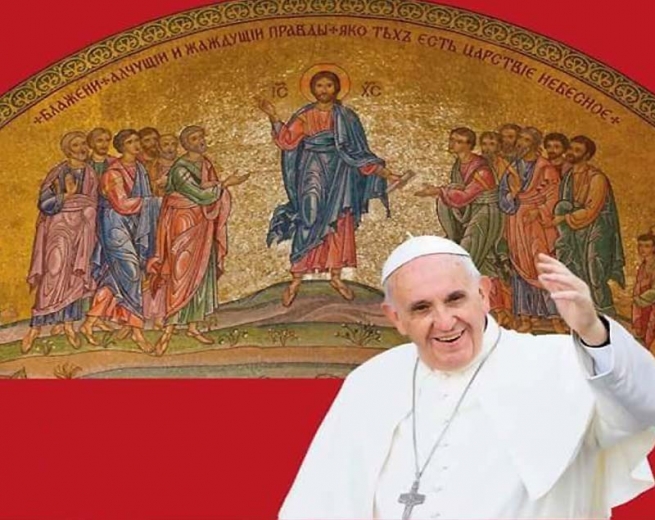 (ANS - Rome) - Next Sunday, January 28, the Holy Father, accepting the invitation of His Beatitude Sviatoslav Shevchuk, Major Archbishop of Kyiv-Halyč, shall visit the Basilica of Santa Sofia in Rome, where he will meet with the Ukrainian Greek-Catholic community and pray at the tomb of Salesian bishop Msgr. Stepan Czmil (1914-1978) in memory of the 40th anniversary of his death, January 22.

Rome's Santa Sofia church was commissioned in 1963 by Archbishop Major Cardinal Josyp Slipyi, then Head of the Ukrainian Greek-Catholic Church, when after long and harsh persecution by the Soviet regime, he was finally able to leave the Soviet Gulag after 18 years of imprisonment. On September 27-28, 1969, the church was solemnly consecrated by the same Slipyi, in the presence of Pope Paul VI. In 1998, Saint John Paul II elevated it to Minor Basilica. The meeting of Pope Francis with the Ukrainian migrants and pilgrims will be a sign of his pastoral concern for the Ukrainian Greek-Catholic Church and his proximity to the Ukrainian people.

Pope Francis knows the history of this people well. And he knows it well thanks to a Salesian, Fr Stepan Czmil, who arrived in Buenos Aires as a missionary for the Ukrainian faithful in 1949 and was an educator at the Salesian Institute of Ramos Mejia where he also taught the young Jorge Mario Bergoglio. Msgr. Stepan Czmil was  the first Ukrainian Greek-Catholic Salesian, a pioneer and originator, indeed, of the entire branch of Ukrainian Salesians of the Greek-Catholic rite. On 2 April 1977, he was consecrated bishop, together with Liubomyr Husar and Ivan Choma, in absolute secrecy, by Cardinal Slipyi, to prevent Soviet persecution.

Msgr. Czmil died in Rome on 22 January, 1978, at the age of 63, only 9 months after the secret episcopal ordination. His gave ample proof of a consecrated life of a Salesian, a life fully lived on a day-to-day basis in fidelity, in tireless and complete dedication to others; he dedicated himself to the foundation of the Eastern Byzantine branch of the Salesians; in Argentina, he distinguished himself in his apostolic work among the Ukrainian faithful and in education among young Ukrainians at Ukraine's Pontifical Minor Seminary in Rome. A faithful son of Don Bosco, in everything he tried to love and serve the Congregation and the Church and its people oppressed by the Soviet communist regime.

The start of his possible beatification process has,meanwhile, begun to be studied and evaluated.