RMG - My dear young people: "the world with you has a beautiful gift and will have a future full of hope" 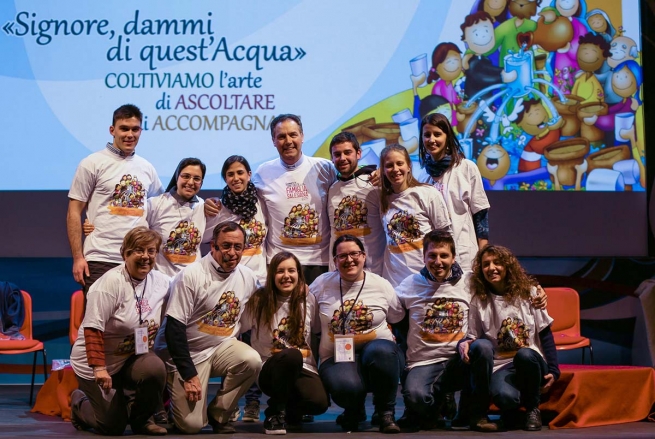 (ANS - Rome) - As per tradition, every 31 January, the Rector Major, Fr Ángel Fernández Artime, sends a message on the occasion of the feast of St. John Bosco to all the young people of the world, be they believers or non-believers, or of other religions. This year, from Dili, East Timor, he spoke loud and strong: my dear young people "the world with you has a beautiful gift and will have a future full of hope."

It is undoubtedly one of the most appropriate messages at a time like this when everywhere one hears that young people are without hope and meaning, afraid of commitment and fidelity, who have closed their lives and their hearts to God.

However, we also hear different and very positive voices about young people.

"The youth of the current generation are making a religious revolution, silent but firm. They raise questions among Christians and are not afraid to manifest themselves as such. They do not want to be intimidated or silenced ... Young people from Africa, Latin America, Asia and the East live their faith as emancipation and liberation in God ...," explained the psychiatrist priest T. Anatrella. And in this sense the Rector Major insists and calls young people to live happiness just as the great saints did. This is why she poses St. Ediht Stein as a model of prayer. During adolescence the future saint "had consciously and deliberately lost the habit of praying", but then came to compose that beautiful prayer: "Leave me, Lord, blindly follow your paths ... If you call me to offer in silence, help me to answer, let me close my eyes on all that I am, because dead to myself, not living but for you."

The Rector Major invites young people to seek happiness. "Keep on looking passionately for your happiness ... This happiness has a name and a specific face: Jesus of Nazareth." And he insists: "the path of encounter with the face and person of Jesus must be done in a simple way: through prayer."

The Rector Major's message to young people is available in several languages ​​on the website sdb.org.