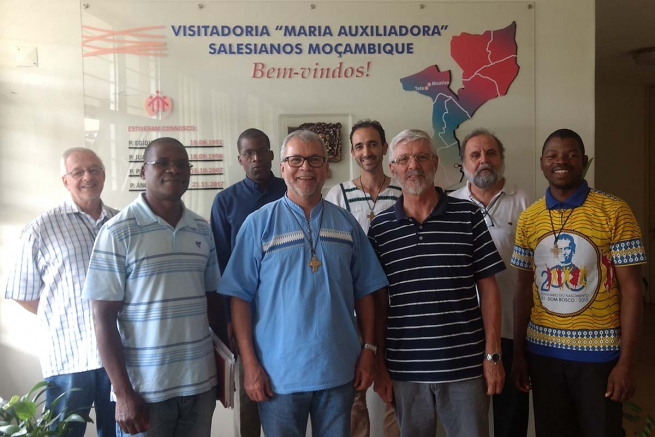 (ANS - Maputo) - Fr Filiberto González, General Councilor for Social Communication of the Salesian Congregation, landed in Mozambique on Sunday, 28 January. The reason for his trip is the Extraordinary Visit of the "Mary Help of Christians" Vice Province of Mozambique, scheduled until March 14, to evaluate the path undertaken by the Vice Province along the route indicated by the Rector Major, Fr Ángel Fernández Artime, during his visit from 21 to 26 November, 2017.

During his stay in Mozambique, Fr González will visit all the Salesian missions in the country. To evaluate the set path, he has already met with the Provincial of the Vice-Province, Fr Marco Biaggi, and his Council on the morning of Monday 29. Together, they reviewed the process of animation and government. In the afternoon, the Councilor met with the Delegates and the coordinators of the services of the Vice Province to verify the changes in the educational and pastoral processes. He also met the directors of the religious communities and the Salesian houses to examine the animation and governance of local communities.

On Tuesday, January 30, the General Councilor met the Advisory Council of the Don Bosco Superior Institute (ISDB), one of the three Salesian Institutes of Higher Education (IUS) in Africa. Yesterday, January 31, he participated in the feast of Don Bosco at Namaacha and presided at the Eucharistic celebration where 14 novices made their first Salesian Religious Professions: 11 from Angola and 3 from Mozambique.