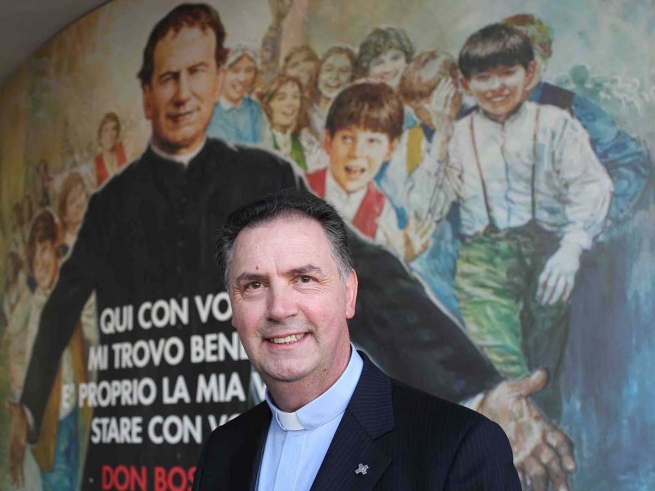 (ANS - Rome) - In response to the statement issued by the President of the Italian Republic, Sergio Mattarella, on the occasion of the 130th anniversary of the death of St John Bosco, the Rector Major of the Salesians, Fr Ángel Fernández Artime, whose Succeeds him, sent a letter expressing the renewed commitment to keep alive the teaching of the Saint of Youth and to collaborate in building the spirit of "brotherhood, solidarity and cohesion."

Dear and most illustrious Mr. President of the Republic,

From the media, we have learned with joy of the statement you have made on the occasion of the Liturgical Feast of St. John Bosco, this January 31, it being 130 years since his death.

Your words have accurately and affectionately portrayed the figure of our Father and Holy Founder. His social commitment and evangelizing passion, primarily addressing the poor and young people who were poor and abandoned, of whom you, too, have spoken, are alive today in our Congregation and in the different groups of the Salesian Family.

Our constant work is, in communion with the Institutions and with the Church, to promote spaces and times of humanization, of progress and social cohesion, of encounters with the message of the Gospel. Historically, Don Bosco carried out his mission at a time, both rich and contradictory together, which led to the Unification of Italy. With his motto, "Good Christians and Honest Citizens", we believe Don Bosco has helped to foster that unique feeling of social passion that unifies the Italian people that you represent, and likewise, to make it known in the many countries the works of his charisms have reached.

We fervently hope and work constantly in order not to fail in the task left to us, providing our help to realize that common spirit, European and worldwide, of brotherhood, solidarity and cohesion, aimed at the progress of each person and consequently of all society.