Lebanon - Where the Salesians did not arrive, Don Bosco arrived just the same 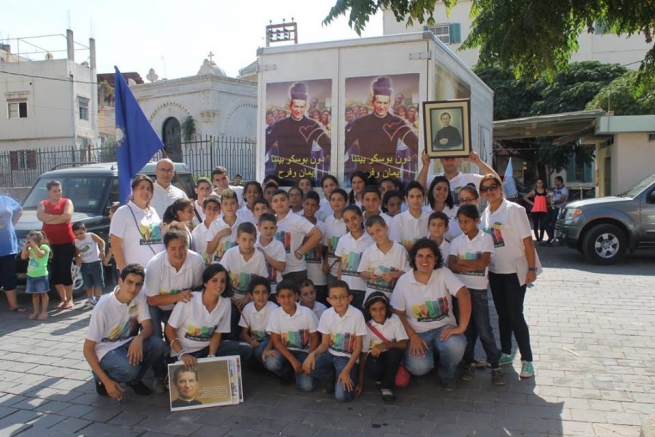 (ANS - Zgharta) - Don Bosco is so alive and appealing even today that it sometimes arrives where its Salesians have not yet gone. In 1998, a young man from the parish of Zgharta, in the north of Lebanon, read a book by Don Bosco and, seeing the boys of his parish playing in the street, he wanted to start applying that Don Bosco Preventive System he had learned from the book. Over time, many young people and entire families got involved, thus creating a true Salesian environment in the area. This year the community, for the first time, and thanks to the intervention of the parish priest and the bishop, celebrated the Feast of Don Bosco with the Salesians of the community of El Houssun, Lebanon.

The parish is based in an ancient and humble district of Zgharta. Since the "Don Bosco Youth Society" started in 1998, the volunteers have shown that they want to follow the example of Don Bosco only: to seek the salvation of youth souls through education.

Today the oratory and the various youth associations that have emerged there accompany on a weekly basis the life of 63 children and young people through many activities, being home, church, playground and school for all.

The feast began at 10:30 local time, with the celebration of the Eucharistic liturgy, presided over by Msgr. Joseph Naffàa, auxiliary bishop of the eparchy of Joubbé, Sarba and Jounieh, who focused his sermon on holiness, to which the adolescents and young people are called, and consists in performing one's daily duty in small things well.

Now the youth of Zgharta can pause in prayer, after playing, studying or working, in the "Don Bosco Chapel", in front of the image of the Saint of Youth.