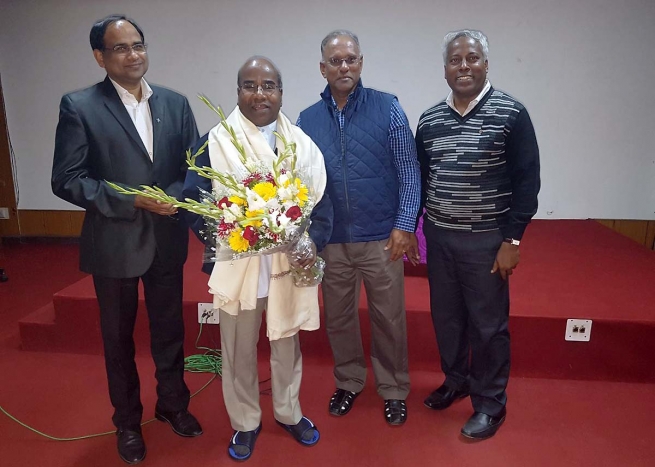 Welcoming Fr. Maria Arokiam, Father Jose Mathew, the Provincial of New Delhi, said that “it is a moment of communion.” He was presented with a bouquet by Father Naresh Kujur, the Vice-Provincial and a shawl by Father K.C. John, the Economer. The Rectors and confreres of Delhi region attended this inaugural function of the visit.

Father Maria Arokiam in his speech at the begining of this visitation shared news from Rome and Generalate and the Rector Major's visit to Africa. This was his second extraordinary visit to the province.

He also shared his thoughts on the ten immediate concerns of the congregation: return to the basics of religious life; return to the poor; return to fraternity; vocation and formation; re-signification of our work; transparency in administration; lay participation in our mission; promote Salesian Family; dwindling missionary spirit and concerns of elevating a culture of intellectual life.

Father Kanaga encouraged the confreres to share their experiences and to express their opinions regarding the visitation or even to point out certain matters concerning the province that needs to be looked into. It was a meaningful interaction.