South Sudan - Education: the weapon to prevent any conflict 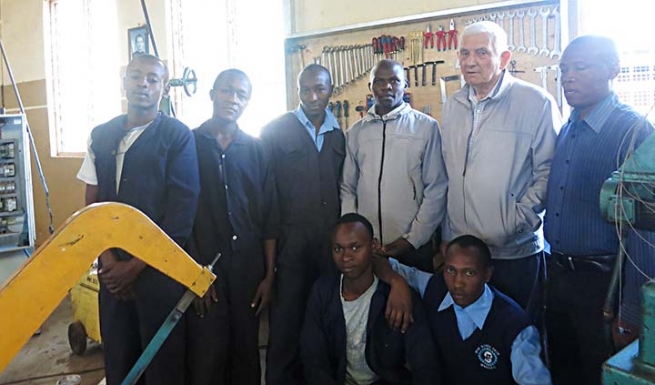 (ANS - Juba) - On February 4, Pope Francis invited Catholics, Christians and non-Christians to pray and fast for peace, especially for the populations of the Democratic Republic of the Congo and South Sudan. Salesians and other groups of the Salesian Family, who for decades have been working in both countries, know that educating young people to be "good Christians and honest citizens" is the best investment to achieve peace. Why they work without respite.

Br. Marino Bois and Br. Giacomo "Jim" Comino, both Salesian coadjutors and missionaries for over 30 years, first in South Korea, and then in East Africa, have recently made a visit to Juba, the capital of the world's youngest state, and then headed north, in the Sudan, to visit the presences of the capital, Khartoum, and of El Obeid.

The two Salesians visited the lands battered by wars and poverty to see the current state of the rural schools already built there thanks to the important contributions offered by benefactors of South Korea, and, at the same time, to bring new aid capable of guaranteeing further development and progress - specifically, the fruit of the donations collected for the 50th anniversary of the Don Bosco Youth Center in Seoul.

There is a truly great need for centers for the education and formation of young people in South Sudan. Br Bois narrates: "In truth, the situation in South Sudan is currently very critical, given that on the proclamation of independence in 2011, the explosion of the civil war followed, and now there are over 3 million refugees who have fled to nearby countries, such as Uganda. Unfortunately, with the war many schools have been destroyed."

The Salesians have not been idle; in addition to working with refugees, in South Sudan and now also in Uganda, they have developed a large educational, social and religious complex with the parish in Juba on the banks of the Nile with schools of different grades and a technical training center.

"We continue to pray for peace and to stop the madness of this long and senseless civil war!," said Br Bois.