Madagascar - An ecological project that benefits everyone 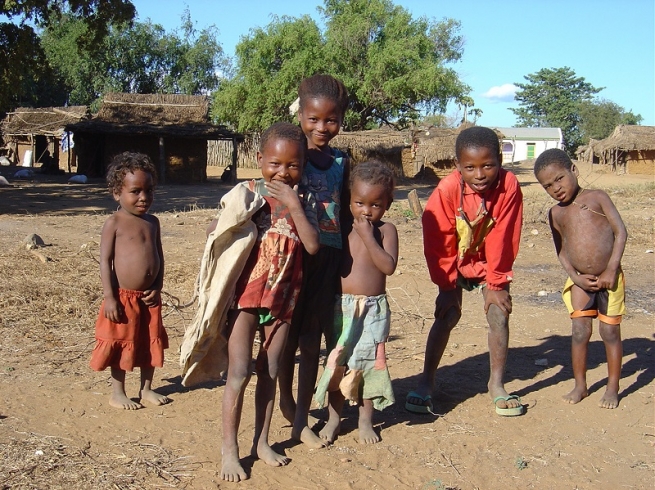 (ANS - Fianarantsoa) - Due to a number of unscrupulous actions, forests are being reduced by about 200,000 hectares a year in Madagascar. Fr Giuseppe "Bepi" Miele, a Salesian of Venetian origins, has been in Madagascar for almost 37 years, knows the problems of the local population and intends to do everything he can to help. This is why he has developed an initiative to preserve the Created, to be carried out with and for the benefit of young people and the entire local population.

Various firms and activities damage the environment in the Fianarantsoa region, but Fianarantsoa, ​​where the Salesians have been present for about a quarter of a century, also houses several sawmills and small workshops that work wood; hence, Fr Miele began from the local context to look for and find a concrete solution to the problem.

With the support of "Missioni Don Bosco" of Turin he wants to equip the mission with a "briquetting machine". Through it, he explains, "the waste from the sawmills we are in contact with will be compressed into bricks and logs that will then be used as fuel to replace coal. It is about changing a mentality. The first step will be to put the bricks at the disposal of local families so they familarize themselves with the bricks, using them for free instead of coal. When people have seen the benefits, an awareness-raising plan in place for their purchase, sales will subsidize the wages of young people who use the briquetting machine and will become a source of self-financing for the oratory's activities."

The beneficiaries will be: the young people who will be able to find a job; families who will have a cheaper and more ecological fuel than coal; the whole population, which will no longer be exposed to the harmful gas that coal releases; and lastly, the 250 children from the Salesian school canteen who will thus be able to benefit from the revenues from the sale of the fuel.

Further information is available on the "Missioni Don Bosco" website.