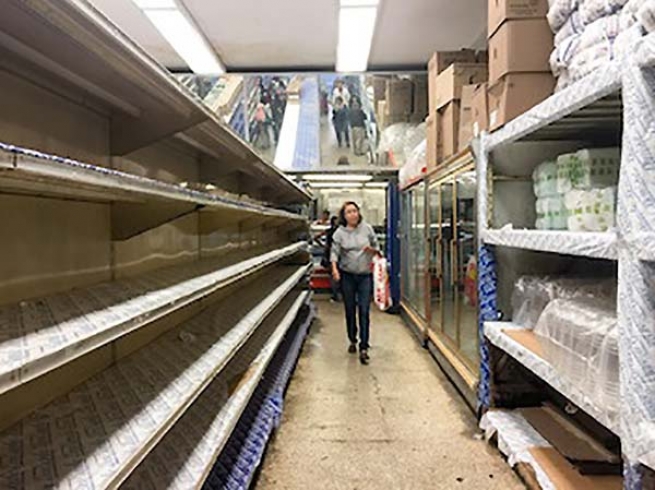 (ANS - Caracas) - Despite Venezuela's socio-economic state of affairs today presents every feature of a humanitarian crisis and emergency, the news media and the world of information have been largely silent. Last week, a small delegation of Missioni Don Bosco, called by the Salesians of Caracas, visited the country and reported their bleak impressions: a widespread lack of food and medicines, combined with the high inflation rates of recent years, make life unsustainable for most of the population; only those who enjoy government privileges are able to access ordinary purchases, while the value of money is practically nil.

On the horizon, political elections this year which have been postponed from April to May due to the difficulty of building at least a semblance of free expression of the voting process. Opposition parties have given up running for what is deemed a democratic farce.

The international community, at least to see it from Caracas, seems equally impotent or, worse, complicit: in fact, a Venezuela fast becoming no-man's land, thanks to its inestimable mining resources is a prospect many foreign speculators and powers look forward to.

The Salesians, who have developed networks for reception and vocational training for the young - which even in this deep crisis continue to offer concrete perspectives of work in the agricultural and trade sectors - are now faced with a compulsory change of priorities: they must provide children with food without which the children risk not only suffer the pain of hunger, but risk permanent harm to their developing bodies. Before starting a school day or a gathering, in fact, bread and tea are distributed to the children to help them through lessons and school.

Even rice and potatoes have now reached extremely high prices. But for the radio and television propaganda, Venezuela has, they say, no problems and if there are any it depends on the "external enemy."

Faced with this reality, Missioni Don Bosco immediately started raising funds to help the Salesians who run schools, oratories and soup kitchens for the poor. "We want to guarantee at least one meal a day to all those who come and use the structures our confreres coordinate among a thousand daily difficulties", explained the President of Missioni Don Bosco, Br Giampietro Pettenon, SDB.