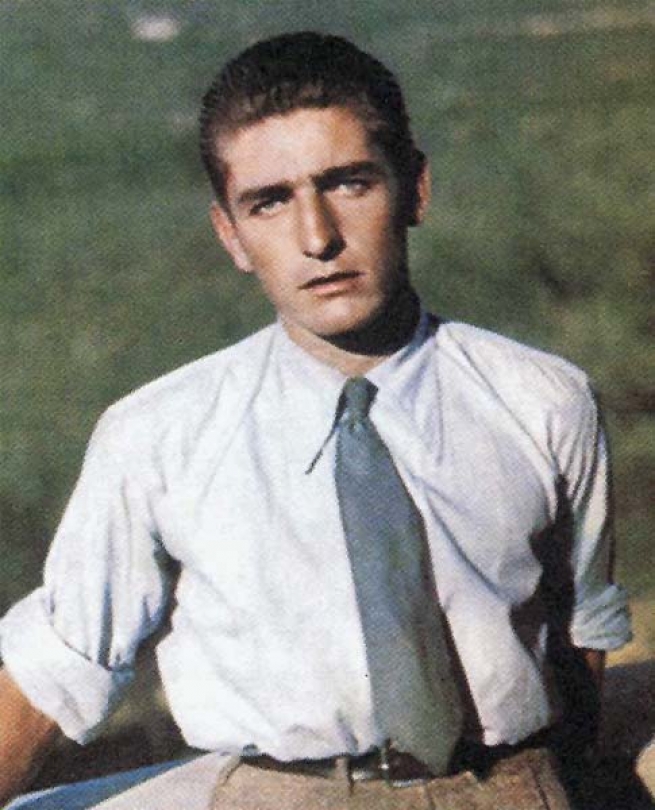 (ANS - Rome) - Alberto Marvelli was born on 21 March 1918 in Ferrara. 100 years have passed since that distant day and many in the world know his life, his educational, charitable, social and political commitment.

Postulator General of the Causes of Saints of the Salesian Family

A student of the Salesian Oratory in Rimini, following the example of Domenico Savio, he matured his faith with a decisive choice: "My program is summed up in one word: saint." In just 28 years he achieved a life of "full measure": spending all in his love of God and neighbor.

When his life was tragically interrupted on 5 October 1946, many believed they had lost him forever and that his commitment, support, and example would be lost. Instead: saints have a "posthumous" life. Today, more than ever, Alberto is alive and active: the good he has worked upon the earth has expanded in time and space. His exemplary holiness has become a model for laity committed in works across the globe, in search of Christian identity and of coherence with faith. He opened a new road, which can be traveled by everyone. The diffusion of his testimony in the world, the many young people who have taken him as a model, are the sure signs of his living and working person among us all.

Celebrating his centenary, in this special year that the Church is dedicating to young people with the Synod, means not just commemorating, but acknowledging this presence, as St. John Paul II indicated on the day of his beatification on 5 September 2004: "It is up to you lay persons to bear witness to faith through the virtues specific to you: fidelity and tenderness in the family, competence in work, tenacity in serving the common good, solidarity in social relations, creativity in undertaking works useful for evangelization and human promotion. It is up to you to show - in close communion with the Pastors - that the Gospel is current, contemporary, and that faith does not take the believer away from history, but immerses them more profoundly in history."