Spain - Knowing how to correct oneself starting from Jaén jail 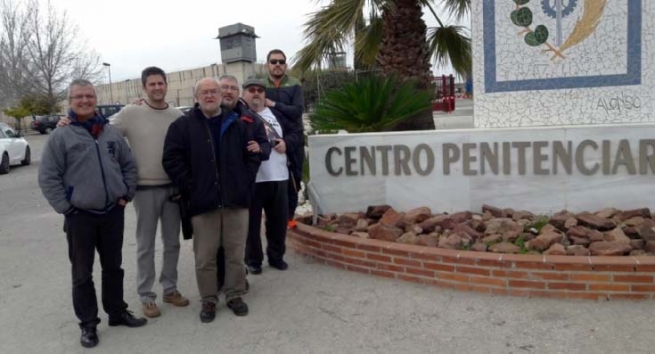 (ANS - Jaen) - "Being good does not consist in not making a mistake. Oh no! Being good consists of this: in having the will to emend oneself." (Biographical Memoirs VI, 322). These words of Don Bosco accompany the firm conviction that young people need large doses of love, attention and orientation. For this reason, a group of educators from the "Fundación Don Bosco" of Jaén and former animators of the DOSA Youth Center, accompanied by Salesian Fr Pepe González, launched an initiative in favor of the Salesian past pupils present in the Jaén II Penitentiary Center.

It is a fact that "three out of ten prisoners in Spanish prisons are foreigners. The latest official statistics of the Ministry of the Interior indicate that among the 58,814 held in the country's prisons at the end of last year, 16,549 were foreigners, or 28% of the total prison population," reported the newspaper ABC. The Salesians have worked for some years among these young people, holding meetings, offering vocational training and accompaniment.

More specifically, there is an initiative that is gradually taking root and consolidating itself: it consists of monthly vocational training sessions inside the prison, courses aimed at prisoners who have gone through the various projects of the "Fundación Don Bosco". The initiative allows these inmates to meet with their former educators and animators and to resume the formation and learning begun in another time, the whole based on nurturing relationships of affection, fraternity and faith.

An example of this dynamic took place on Saturday 3 March during the year's second meeting with the prisoners. In this session, different options for conflict resolution were provided, one of the topics proposed by the group of volunteers within the planned program. In the coming months other topics will be addressed: decision-making processes, the project of personal life, needs and affection ...

“The inmates have welcomed the initiative with great enthusiasm to the point of asking us that the meetings be more frequent and not just once a month,” said Fr González. “'The past must be a master of the future', Don Bosco would say. This idea encourages us to receive the detainees, session after session, with open arms, with a happy heart and a steady gaze on a dignified future for the young.”