India – Don Bosco on front page of “The Times of India” 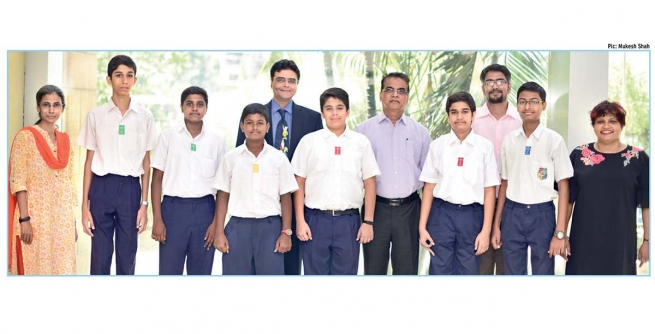 (ANS – Mumbai) – The Don Bosco High school of Matunga, Mumbai, which recently celebrated its 75° anniversary of educational service to young people was the protagonist of an important communication operation to promote info on Don Bosco and the validity of his educative system throughout India. Several students of the institutete, accompanied by their Principal, participated in the program “The Times of India Newspaper in Education” (TIMES NIE) produced firsthand a special issue of... “The Times of India Student Edition”, entirely dedicated to the presentation of the Salesian education.

The TIMES NIE is a program established in 1985 that included over 90 thousand students of 2000 schoosls in India. Thanks to this program, the supplementary issue for young students The Times of India Student Edition is published, associated to The Times of India, which with its 800 thousand daily copies is the most widely read in English in India.

The student edition of this past 26 March is the work of the team of Don Bosco High School, Fr Fernandes, the Principal, and three teachers, as well as six students.

In the various pages, besides pages dedicated to the traditional items of interest to the young readers, there are reports on the various activities of the Don Bosco High School, and more generally, Salesian education: the testimony of past pupils, presentation of the Preventive System, experiences of the system in the world...

“The Times of India building looked like a castle of sorts – said one of the students –. We met Dr Ram Chaddha, our alumnus, who shared anecdotes from his school days and his inspiration to become a doctor. He gave us a new insight into what it means to be a Boscoite! We marvelled at the intricate processes involved in the production of a newspaper. We caught the waft of the printing ink and whirring of the incessant machines at the press that gave us a sense of excitement. The process was 80 percent automated right from the unwrapping of the reels to the packaging of the newspapers. We thought that newspaper production must be a cakewalk, but when we visited the press we witnessed the efforts put in behind the scenes. Wielding the quill is no mean task! At the same time, it was interesting to note the important role photojournalists play in a media house. A newspaper is a fine blend of creativity, mechanisation and automation. It was an enriching experience we will always cherish.”