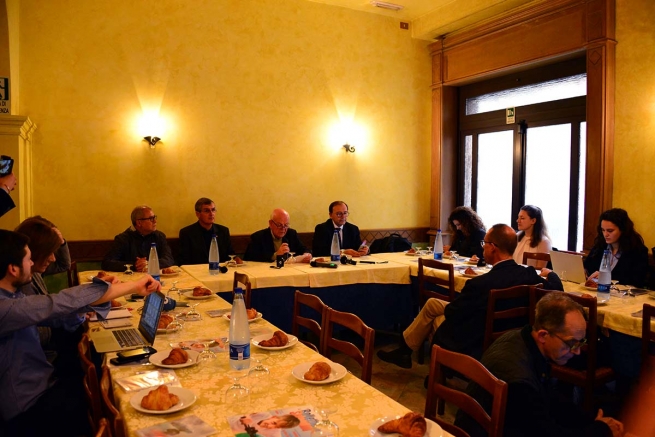 (ANS - Rome) – Yesterday, 12 April, "Misiones Salesianas" - the Salesian Mission Office of Madrid - presented the film documentary "Love", directed by Raúl de la Fuente. The film narrates the dramatic life some girls of Freetown, Sierra Leone are forced to live. These young people, all underage, are forced into prostitution to get a meal for themselves or to pay for their studies. In short, they have to sell their bodies to survive.

On the streets, they are mocked, insulted, poorly treated, abused. The girls are poor and often infected with diseases they do not even know. The documentary, however, does not just tell a story of pain and suffering, but also shows the commitment of the Salesians who, in a poor country like Sierra Leone, help these girls, take them off the streets and offer them the opportunity to study, to take care of themselves and thus build themselves a future.

To help them is in fact the main objective of the Salesian NGO "Don Bosco Fambul" of Freetown, directed by Fr Jorge Crisafulli, Salesian missionary, who in Rome yesterday participated in the presentation of the documentary.

"There are many young people in Sierra Leone who earn their living as prostitutes," explained Fr. Jorge Crisafulli, "but in talking to them one realizes that they are only children. They think like little girls, they behave like little girls and they have the rights of little girls! The Salesians in Freetown offer them an alternative to life on the streets, a way out of this modern slavery. They are given the opportunity to study and receive an education. It is important to understand that these girls are not objects, but people."

One of the protagonists of the documentary is Aminata and hers is a story of hope and redemption.

An orphan and coming from a very poor family, Aminata was forced to prostitute herself from the age of 13. Thanks to the meeting with Don Bosco Fambul, today this young woman has become a hairdresser and has returned to live with her grandmother. Aminata is a concrete example of how the Salesian mission in Freetown can be an answer to the suffering and exploitation to which girls are subjected.

The documentary, which has already been presented recently in Brussels and Geneva, will now be shown in other European cities. After Rome, it shall be seen in Vienna today, then Bonn, and on tour  in several Spanish cities in forthcoming weeks.