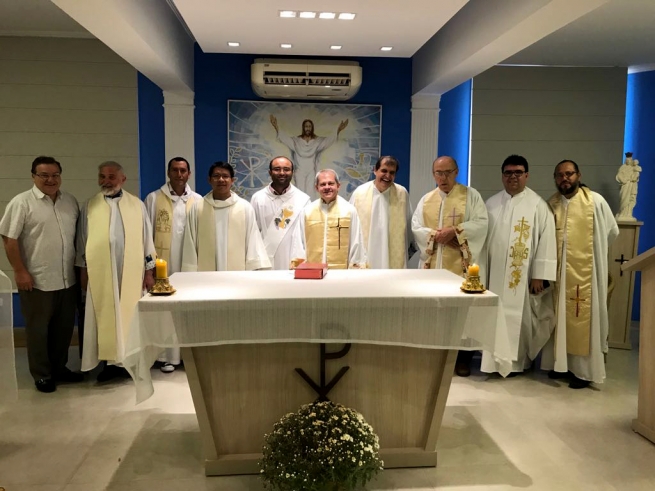 (ANS - Campo Grande) - On the morning of 12 April, Pope Francis participated in the opening of the preparatory work for the Synod of Bishops for the Panamazzonia Region, together with about thirty delegates from all over the world. The Pope, with cardinals, bishops and laity, discussed steps to be taken for that synod, which will develop the theme "new paths for the Church and for an integral ecology." The Salesians, missionaries by nature, feel deeply involved and called upon by this appointment.

Over the centuries, and with moments that have been significant, others contradictory, the Catholic Church has marked the history of the Amazon. Cardinal Claudio Hummes, President of the Panamazzonica Ecclesial Network (REPAM), said: "The Church in the Amazon needs to renew her presence, to establish new paths, to help her get up from her chair, so that she walks towards the outskirts, towards the most needy places."

The term "Panamazzonia" was defined on 7 August 2014, describing under this term the whole of those South American countries that have in their territories large parts of the Amazon forest: Bolivia, Brazil, Colombia, Ecuador, French Guiana, Guyana, Peru, Venezuela and Suriname.

On April 19-22, eight representatives of the missionary animation of the Brazilian Provinces of Brazil-Campo Grande, Brazil-São Paulo and Brazil-Manaus plus cities and towns of Peru and Ecuador met at the Salesian Institute of San Vicente, in the Campo Grande Province, to reflect together on the Synod on Panamazzonia. The meeting was led by Fr Martín Lasarte, of the Missions Dicastery, and accompanied by the Coordinator of the Campo Grande Pastoral Team, Fr Wagner Luís Galvão.

"The Campo Grande Province has a centenary experience among the natives, which is a treasure for the world, for the Congregation and for the whole Church," said Fr Martin Lasarte. "We are discussing with the missionaries of various Provinces to prepare for the Synod on the Panamazzonia. In November, we count on reflecting on our past, on our historical heritage as a Province, on the improvements made and on the challenges we face. We have great challenges in our pastoral work with the indigenous peoples in the midst of this large territory called Amazzonia and particularly in the Mato Grosso. Could our presence be more meaningful, especially because of our youthful and educational charism?"

This is why Fr Lasarte invited everyone "to encourage and maintain this missionary spirit. And let's not think simply of the missions between Xavantes and Bororo, but to have a missionary zeal in all Salesian activities."