Nicaragua - Fr Ángel Prado, Provincial: "We want to show the people of Nicaragua that their pain wounds and hurts us" 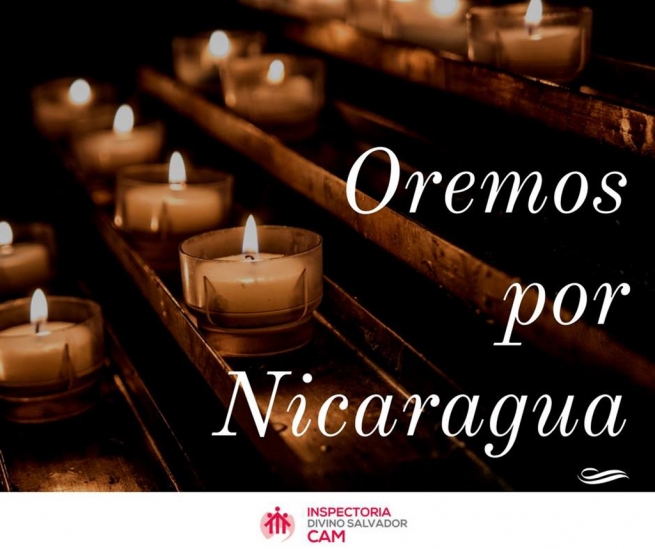 (ANS - Managua) - In Nicaragua there is a wave of violent protests. To date, according to human rights organizations, it is estimated that about thirty people have died and hundreds injured during the repression of the protests. The Episcopal Conference of Nicaragua has agreed to act as mediator and witness in the dialogue convened by President Daniel Ortega following the country's recent tragic events. Meanwhile, the Salesians, through a letter written by Fr Ángel Prado, Provincial of the Central American Province (CAM), launch an appeal for peace.

"With much pain and sorrow we have followed in recent days the situation that the people of Nicaragua are experiencing following the violent repression that, on behalf of the official government, has been discharged against the thousands of demonstrators who took to the streets to express their disagreement before the new fiscal measures that had been decreed in the previous days. The (just) claim for a just cause has been transformed into a sad scene of violence, unrest and looting, with the painful result of their being many victims.

As Salesians of Don Bosco, present among this noble people for 107 years, we make public our repudiation of the facts (and acts) that have occurred and, in communion with the local Church and its Pastors, we condemn all acts of violence, vandalism and repression that threaten life and the integrity of people and their right to express themselves peacefully in defense of justice and social solidarity.

At the same time, we make a profound appeal to peace, which is the fruit of respect for the dignity of all persons.

We wish to show the people of Nicaragua that their pain hurts us and that, because of our identification with the Gospel of Jesus Christ, we want to walk at their side, offering our support to all that can contribute to a true and stable peace.

Nicaragua deserves to live in peace and the Nicaraguans deserve a dignified life based on respect for all their fundamental rights ...

This is why the Sons of Don Bosco want to work and engage with the Nicaraguan people to work for peace, justice and the dignity of all, invoking for this people the blessings of our Lord and Savior Jesus Christ, Prince of Peace, and the constant protection of the Immaculate Virgin Mary, Help of the Christian People, Queen of Peace."