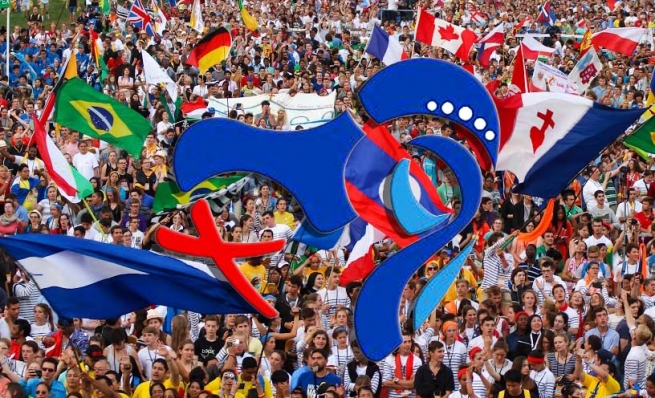 (ANS - Panama City) - The XXXIV World Youth Day will be held in Panama from 22 to 27 January 2019. A few months from the celebration of the Synod of Bishops on "Youth, faith and vocational discernment", Pope Francis will meet young people from all over the world in Panama, the land of the Channel, a land between two oceans and a bridge between two continents. Groups of the Salesian Youth Movement (SYM) from all over the world have begun to prepare for this important ecclesial event.

The 2016 World Youth Day in Krakow concluded a cycle of three World Youth Days dedicated to the theme of the Beatitudes. A few months later, Pope Francis announced the themes for the following three Days: "Great things the Almighty has done for me" (2017), "Do not be afraid, Mary, because you have found Grace with God" (2018) and "Behold the servant of the Lord; may it be to me according to your word "(2019). A three-year period in continuity with the previous one, in the sign of Mary, the one whom all generations shall call Blessed.

Already in his meeting with the volunteers at the end of the WYD in Krakow, Pope Francis had indicated the Mother of Jesus as a model. Also on that occasion, the Holy Father had invited young people to remember the past, to have courage in the present and to have and be hope for the future. The three themes he announced for the itinerary towards Panama, then, together with a strong Marian connotation, recall the image of the young walking between past (2017), present (2018) and future (2019), animated by the three theological virtues: faith, love and hope.

Beginning with Panama and the Central American Province, the SYM groups are preparing to participate in this important meeting. As is now the tradition, these groups will meet during the WYD for a day of reflection, sharing, celebration and prayer, together with the Rector Major of the Salesians and the Mother General of the Daughters of Mary Help of Christians, the next world meeting of the Salesian Youth Movement shall be celebrated in Panama on Wednesday, 23 January 2019. In the morning, national delegations from the five continents will meet for the SYM Forum and the World Festival will begin in the afternoon, ending with a prayer vigil.

The Dicastery for Salesian Youth Ministry, those responsible for Youth Ministry in the Central America Province and young people of the local SYM are already working to welcome the pilgrims who will take part in this promising appointment.