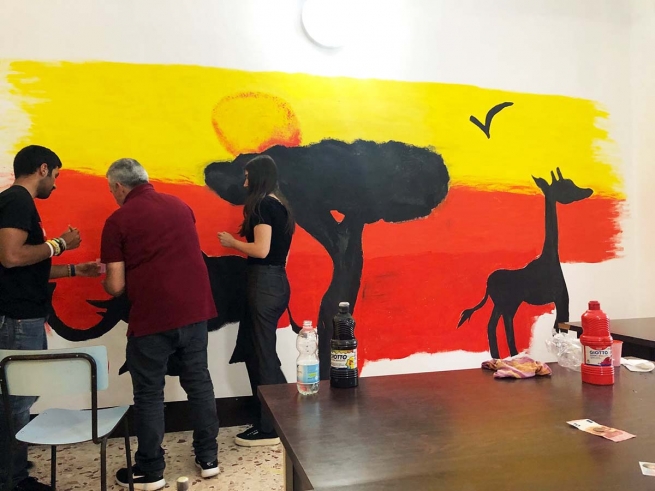 (ANS - Catania) - They are children and young people who come by sea, on old boats that are unstable and overloaded, risking their lives almost to every wave. Often they do not understand Italian well and certainly are not aware of all their rights, nor of what awaits them. If they left on their own, or remain alone on arriving, what they may find is a future as clandestines, marginalized. But sometimes, things go differently, because there are also people who do think of them: like the Salesians of the "San Gregorio" community of Catania, in Sicily, which inaugurated a new house yesterday, May 2; its name: Najma, which means star in Arabic.

The phenomenon of Unaccompanied Foreign Minors (MSNA) is clearly growing in Italy. And behind every statistical number, there is a life, an existence, that has been uprooted and completely isolated, exposed to forms of social risk such as crime, abuse, violence, poverty ...

To offer human and Christian solutions to this phenomenon, the "Salesians for Social - SCS / CNOS Federation" started "M'interesso di te", or “I take interest in you, care for you”, at the beginning of 2018, a program which includes, among other tasks within Catania's Salesian world, the San Gregorio Center, on the outskirts of the city.

As early as February, street educators, counselors, psychologists, lawyers and volunteers have been guaranteeing each child intercepted their support and protection, but only yesterday did the Salesians of San Gregorio and the Associazione MetaCometa Onlus officially inaugurate their headquarters. Present at the opening: the Provincial of the Salesians of Sicily, Fr Giuseppe Ruta, the Vicar General of the Archdiocese of Catania, Mgr. Salvatore Genchi, and institutional figures of both the Christian and Muslim religious, civil and social world.

At the Catania's Najima "low threshold" center (ie for people in extreme difficulty), the so-called "invisible migrants" - MSNAs or recently of adult age - have the chance to wash, eat hot meals, rest, participate in activities of recreation and socialization.

The "Najma" reception center also carries out social mediation work with related institutions and offers orientation courses for study and work, with the creation of study grants and job grants. Since many of the "invisible migrants" are exposed to the risk of addictions, health problems and exploitation, a legal advisory service is also available to them, both criminal and civil, and support in processing their personal document.