Gabon - A mission renewed: the Salesians in Oyem 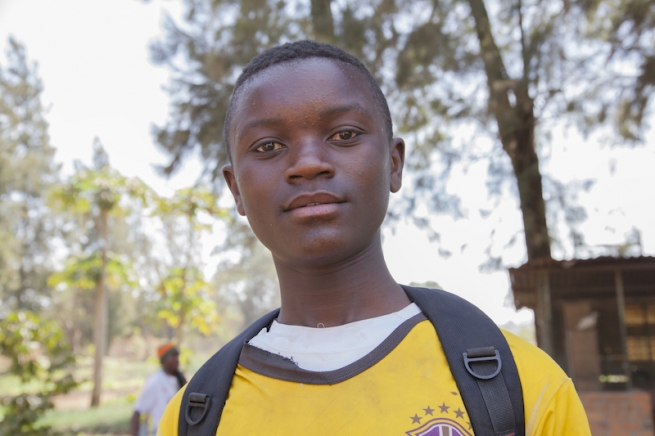 (ANS - Oyem) - Oyem is a city in northern Gabon, not far from the borders with Cameroon and Equatorial Guinea, why it is a crossroad of trade and commerce. In the city - inhabited by about 60,000 people, mainly fang and mostly adolescents, according to the 2013 census - the Salesians have been present for more than three decades, and have now decided to renew their educational support in favor of the neediest young people.

Dedicated to Saint Dominic Savio, the center belongs to the "Our Lady of Africa" ​​Vice Province of Equatorial Tropical Africa (ATE), a Salesian circumscription that includes, in addition to Gabon, another 4 countries: Cameroon, Chad, Central African Republic, Equatorial Guinea.

The Salesians arrived in Oyem in 1984, but it is only from the 1990s that the initiatives they have developed have truly begun to operate at full capacity. In the last twenty years, in fact, the religious have started a vocational training center that trains young people to become masons, carpenters, electricians and IT technicians. They have also opened a youth center, which has become a point of reference for all the area's youth, especially for girls.

The youth center offers many activities: sports – such as Football, Volleyball and Basketball, Tennis and Athletics; cultural - dance, theater and drawing workshops; and educational – via the so-called "Café Philosophique", a space for debates and conferences that are regularly organized on topics of common interest, as well as courses of scholastic support. The café also houses a library and media library, thus constituting a real oasis of tranquility where children can carve out a space to read, to do their homework or have fun.

At present there is a need for radical renewal, but the Salesian community active in Oyem, led by the Congolese Salesian Fr Davy Caryl Bouetoutamio-Bantsimba, has decided to start with and from small signs of change: repainting all the structures and soundproofing them where necessary, buying new sports equipment (balls and uniforms) and new equipment for various activities (loudspeakers, guitars, microphones); renew the assortment of board games for the play areas; in addition to starting training activities for educators and about 400 children and young people who attend the oratory every day.