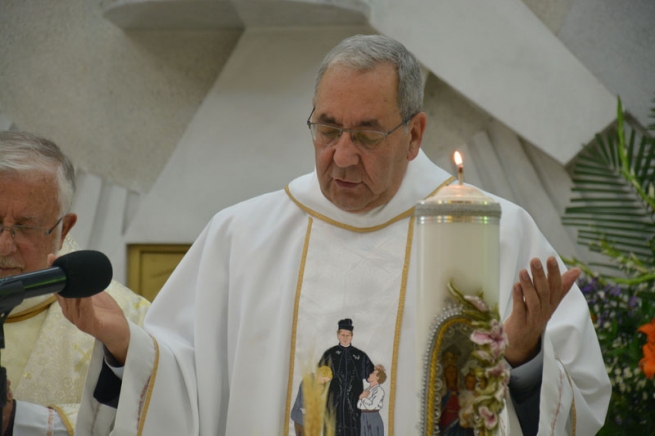 (ANS - Bogotà) - The "San Pietro Claver" Province of Colombia-Bogotá, with deep sorrow, reports the death of Fr. Julio Humberto Olarte Franco, SDB, who passed away on May 26, 2018, in the city of Bogotá due to a heart attack.

Fr Olarte was born on 26 July, 1947, in the Cundinamarca, a central region of the country, which surrounds the capital, Bogotá. He made his first religious profession in the Salesian Congregation on January 29, 1965. He was ordained priest on August 15, 1974.

He worked in various Salesian houses, also serving at the Generalate of the Congregation, in Rome, from 2000 to 2008. During these years he was part of the Salesian Family team directly dependent on the Vicar of the Rector Major. He was the Central Assistant for Volunteers of Don Bosco (VDB) and World Delegate for Salesian Cooperators.

Once work for the Salesian Family at the Generalate was completed, he continued to serve the Congregation at the Salesian Center for Continuing Formation of America, based in Quito, Ecuador.

He had recently taken on the role of Director and Pastor of the community "El Niño Jesús of 20 de Julio" of Bogotá, as well as holding the role of Provincial Vicar. In his infinite goodness God called him to be part of the Salesian Paradise.