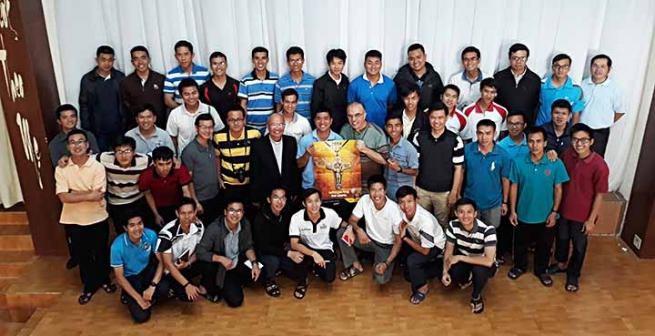 The first stop on this tour was Seoul, South Korea, where Fr Klement arrived on May 13. At the center of the visit was the meeting with the Provincial Council, which focused on the reconfiguration of Salesian presences. During his four days in the country, the Regional Councilor also animated several Salesians in formation as well as local missionaries.

The visit to Myanmar took place from 17 to 20 May. Fr Klement was first in Mandalay where he presented to his confreres the theme of the next General Chapter, "Which kind of Salesians for the Youth of Today?"; he then reached Myitkyina to learn about the development of the Salesian works; finally, he met with the community of the provincial center of Anisakan.

In Vietnam, from May 20 to 24, the Councilor first looked into the preparations of the Regional Congress for Salesian Brothers, by going to K'Long; then, in Ho Chi Minh City and Dalat, he animated the formation communities; in Dalat, he also attended the ceremony for the awarding of diplomas to the pupils of the primary school for immigrant children.

Finally, in Xuan Hiep, Fr Klement was able to participate in the festive celebrations organized for the vigil of Mary Help of Christians.