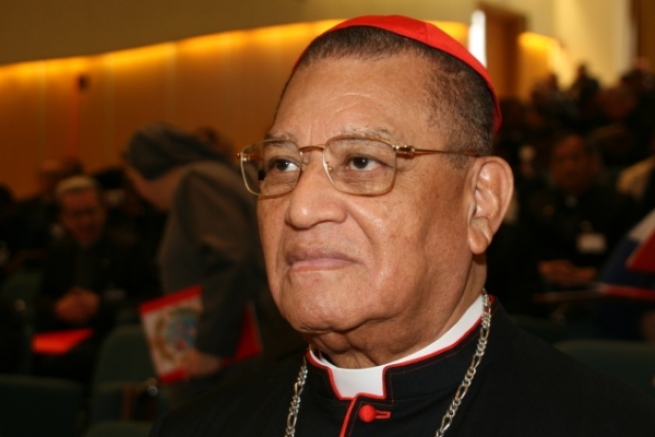 (ANS - Managua) - The Salesians of Nicaragua communicate to the entire educational community and to the Salesian Family that on Sunday, 3 June, at 3:48 am, Salesian Miguel Obando y Bravo, bishop emeritus and cardinal, has passed away.

Miguel Obando y Bravo died at the age of 92. He was an emblematic figure of the Catholic Church, a man who distinguished himself for his role as a mediator in the acute military and political conflicts experienced by the Central American country. A person's political situation does not always play a preponderant role in taking a position for or against a person, certainly, and yet this could be the case with Cardinal Obando, but his work and actions in favor of the people speak volumes about his person and his life.

Cardinal Obando y Bravo lived an exceptionally difficult period in the history of Nicaragua, with contradictory currents. "He fought the regime of Anastasio Somoza with a rigor that nobody denies him," wrote D. Urtasun of him.  "And he did it because, in his own words, 'evil must be challenged, fought and overcome'. Somoza ended up calling him 'Commander Miguel'. With the same courage he faced the Sandinista commanders, surrounded by a believing people, who followed his shepherd, waving the banner of Christ."

"Many support him unconditionally and show their appreciation with respect and gratitude," continues Urtasun. "In the person of the cardinal they see a father, a guide, the good shepherd. Others, less, look at him with disdain and mistrust, because Obando was inconvenient to them, because he represented a critical awareness of the excesses of the government. The prolonged attitude and behaviour taken in encouraging the reconciliation of his people led him to act as a mediator on several occasions ... ".

The Salesian cardinal had been "Procer of Peace and Reconciliation" of Nicaragua since the National Assembly in 2016.

Miguel Obando y Bravo was born on 2 February, 1926, in La Libertad, Chontales province, in the center of the country. From a peasant family, after completing his studies in the Salesian Congregation, he was ordained a priest on 10 August, 1958. He was appointed bishop on 31 March, 1968; in February 1970, he became archbishop of Managua and on 25 May, 1985, was made cardinal by Pope John Paul II.