Spain - "Child slaves. The back door ": a documentary in favor of Africa's children 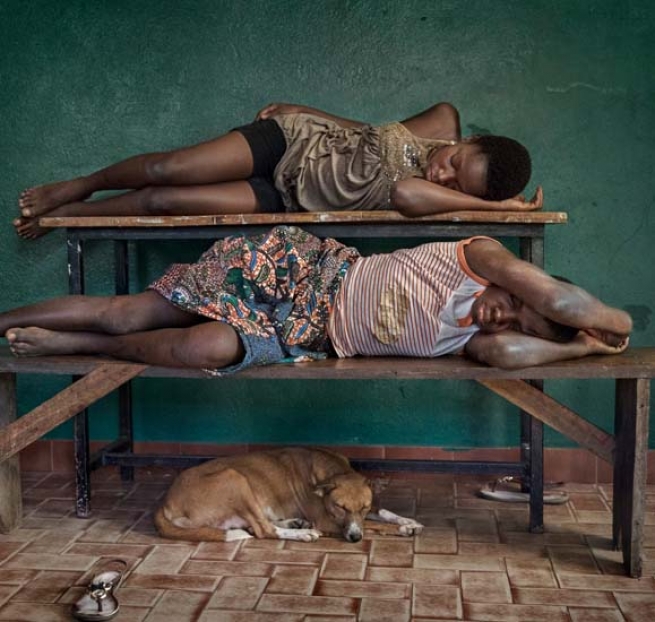 (ANS - Madrid) - "Niños esclavos. La puerta de atrás" (Child slaves, the back door) is a documentary project by the photojournalist Ana Palacios, with the collaboration of "Misiones Salesianas", the Salesian Mission Office in Madrid. There are 152 million child slaves in the world, 72 million of whom live in sub-Saharan Africa. 50% of these 152 million children are between five and eleven years old. Thanks to the work of the photojournalist Ana Palacios, for the first time the slavery, release, rehabilitation and return of the child victims of human trafficking in West Africa to their families are documented through a book, a documentary and a photographic exhibition that will be presented in this month of June.

Human trafficking is considered modern slavery. The term "trafficking" is used in contexts such as trafficking in human beings, forced labor, exploitation of minors, recruitment of child soldiers, child marriages, begging, organ trafficking, sexual exploitation ... The common denominator of all these crimes is that the forms of exploitation are varied and different.

Thousands of children are trafficked every year on the west coast of Africa, usually sold by their families in exchange for about thirty euros and the vague promise of a better life for the child, which instead results in a situation of slavery, physical and psychological abuse, work in solitude far away from the family and places of origin. Moreover, if a girl, it is very likely that the exploitation is multiplied with the minor living as a domestic slave, forced to help in the commercial activities of the family and, moreover, is subject to sexual abuse.

"Niños esclavos. La puerta de atrás" #TheBackdoorProject shows the work of three Spanish NGOs and religious institutions, including Misiones Salesianas, which with their reception centers in that region ensure the full transitional protection of these children and carry out research to find their families or to offer alternatives for the social reintegration of minors, while facilitating their education and formation.

With this new project, Ana Palacios tells the life stories of over 50 child slaves who managed to find, open and go beyond that "back door" to recover their interrupted childhood.

The project is the result of three years of work, four study trips and five months spent in the field in those realities and with the young protagonists in Togo, Benin and Gabon, thanks to the support of "Misiones Salesianas", the Carmelite Sisters of Charity of Vedruna, the Messengers of Peace and with the support of Unicef.