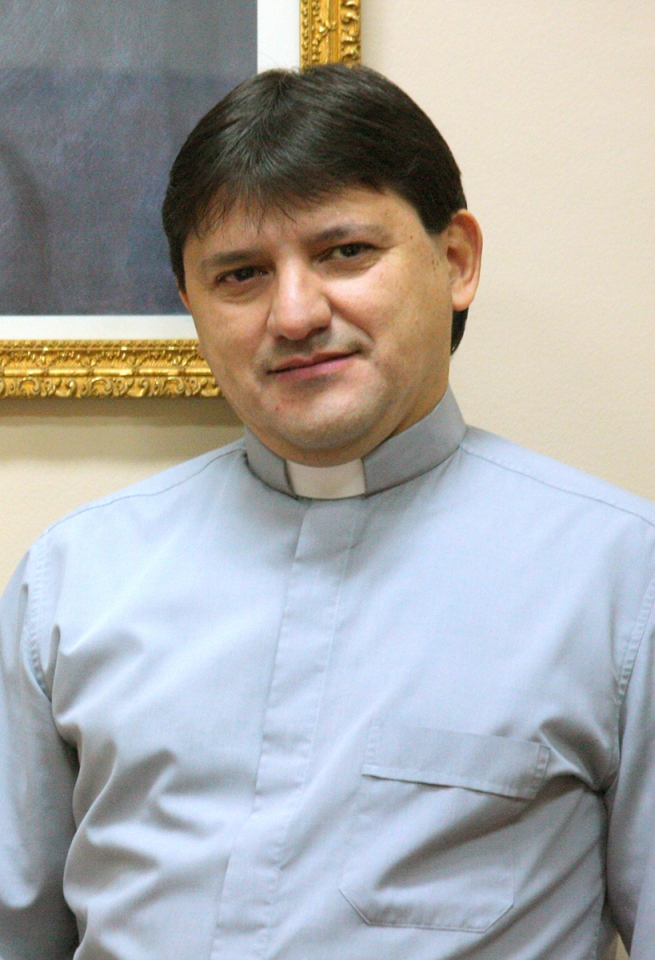 (ANS - Rome) - The Rector Major, Fr Ángel Fernández Artime, with the consensus of his Council, appointed Fr Mario Jesús Villalba Ramírez as Provincial of the "Maria Santissima Assunta" Province of Paraguay (PAR), for the 2018-2024 six-year term.

The 47-year-old PAR Provincial, a past pupil of the "Salesianito" Institute in Asunción, was born in the capital of Paraguay on 24 September 1970. He did his novitiate in San Miguel de la Plata, Argentina, between 1990 and 1991, professed his perpetual vows in Asuncion on 31 January 1997 and, after completing his formation, he was ordained a priest on 23 October 1999 at the Institute of the Sacred Heart of Jesus, the "Salesianito".

"Today it is up to us, as Don Bosco has asked us, to love him as Provincial and to support him with a spirit of faith," said Fr Néstor Ledesma, current Provincial, in his letter announcing the appointment to his confreres, in which he also announced that the inaugural Mass of Father Villalba Ramírez will take place on Wednesday, August 1, at the Shrine of Mary Help of Christians in Asunción.

In his 19 years of priestly life, Fr Villalba Ramírez was responsible for various groups of the Salesian Youth Movement (SYM): National Councilor of the SYM (2012-2016), National Councilor of the Movements "JJ" (2008-2011); Member of the group "Friends of Dominic Savio and Laura Vicuña" (ADS-ALV, in 2017) and of the Movement of Salesian Student Animators (MLES, in 2018).

He also held the positions of Director of the Salesian Institute "Don Bosco" of Ypacaraí (2003-2012), of the "Salesianito" (2015) and he is currently Director of the Provincial House. In 2012 he was appointed Provincial Economer.