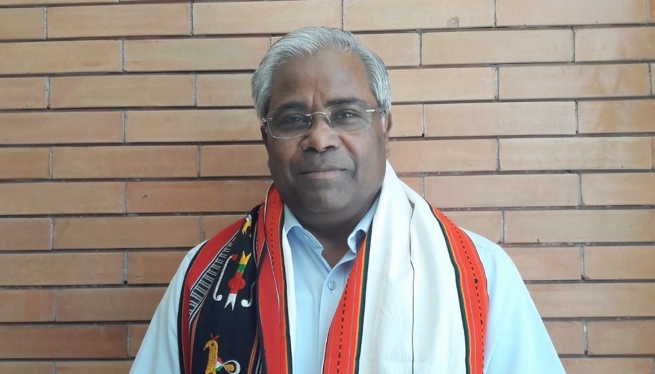 (ANS – Rome) – The Rector Major, Fr Ángel Fernández Artime, with the consent of his council has appointed the new provincial for the Province of Dimapur, India: Fr. Jose Kuruvachira. Fr. Jose Kuruvachira succeeds Fr Nestor Guria who is now laying down his office in August 2018, after six years of service.

Kuruvachira, currently a professor of Philosophy at the Salesian Pontifical University at Rome, is aged 60. He was born at Rayarom at Kannur in Kerala (India), on 7 March 1958, from Joseph Kuruvachira and Aleykutty. He is fluent in Italian, English and Malayalam, has a Doctorate in Philosophy, and a Master’s degree in Theology.

He began his journey as a Salesian in 1977 with his novitiate at Sunnyside, Shillong, made his perpetual vows on 24 May 1984 in Dimapur, and was ordained in 1988 at Marygiri in Kerala. He has rich experience in the domain of Religious Formation and is well known for his intellectual acumen and teaching capacity.

He worked for several years in the Salesian College, Dimapur, as Principal and Dean of Philosophy and as Formator of the post-novices and several other religious and diocesan seminarians. He has been serving at the Salesian Pontifical University (UPS) in Rome since 2010 in the Faculty of Philosophy as professor of Indian Philosophy and Eastern Religions.

He becomes the 7th Provincial of the Salesian Province of Dimapur which was erected on 8 December 1981 with Fr Pulingathil Mathew as its first Provincial.