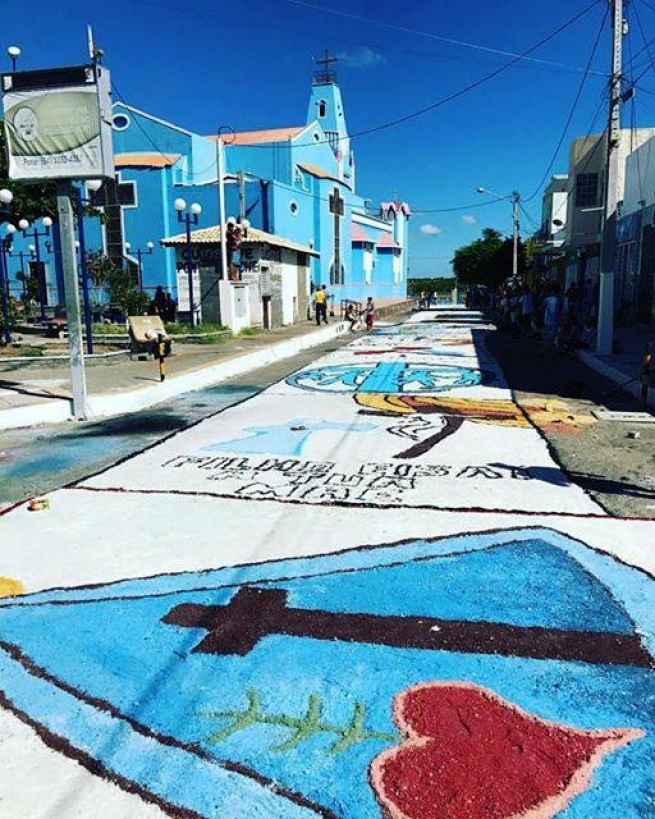 (ANS - Areia Branca) - For forty years the Salesians have been working in the parish dedicated to the Immaculate Conception of Areia Branca, in the State of Sergipe, to evangelize and educate young people through vocational schools, oratories and activities developed together with the local Catholic community.

The first religious of the Salesian Congregation came from Italy to Areia Branca at the invitation of Msgr. Gentil Diniz Barreto, 18 June 1978. Their names: Fr Bernardo Roana, Fr Brenno Guastalla and the Salesian Brother Antonio Cibin. At the time, Areia Branca lacked the infrastructure needed for social activities and catechetical formation.

In 1979, a small school was created with three halls, to prevent and combat the sexual exploitation of children and adolescents. In the 80s, the Salesians rebuilt the Church of "Our Lady of the Navigators" and built the "Don Bosco" youth center.

Between 1987 and 1990, two projects of great social value were completed: the "Don Bosco School Laboratory, which over the years has trained hundreds of young people, contributing enormously to local socio-economic development, work carried out at first by the Salesians Brothers Giovanni Pavan and then Conrado Carpamó. The other major project was the "Center of Special Education Maria Lauretânia Rolim Bezerra do Vale" (CEESLAUVA), which has become a reference point for education for people with disabilities.

In Areia Branca, the Salesians have always concerned themselves with the struggles of the population to defend their land from the interests of the large landowners. In the Serra do Mel, Fr Giuseppe Venturelli led the struggle for the consolidation of settler settlements and for the organization of these through a Study and Social Action Group (GEAS) and the creation of an Agricultural Family School.

In Tibau, the house that remains in the memory of the citizens is the catechetical center that had Fr Giuseppe Venturelli as its creator and builder.

At Grossos, in addition to the various chapels, the Catechetical Center and the Youth Center, where the Social Assistance Secretariat now operates, can be seen in the town hall. Other works include the "de los Coqueiros" Church and the Gado Bravo Chapel.