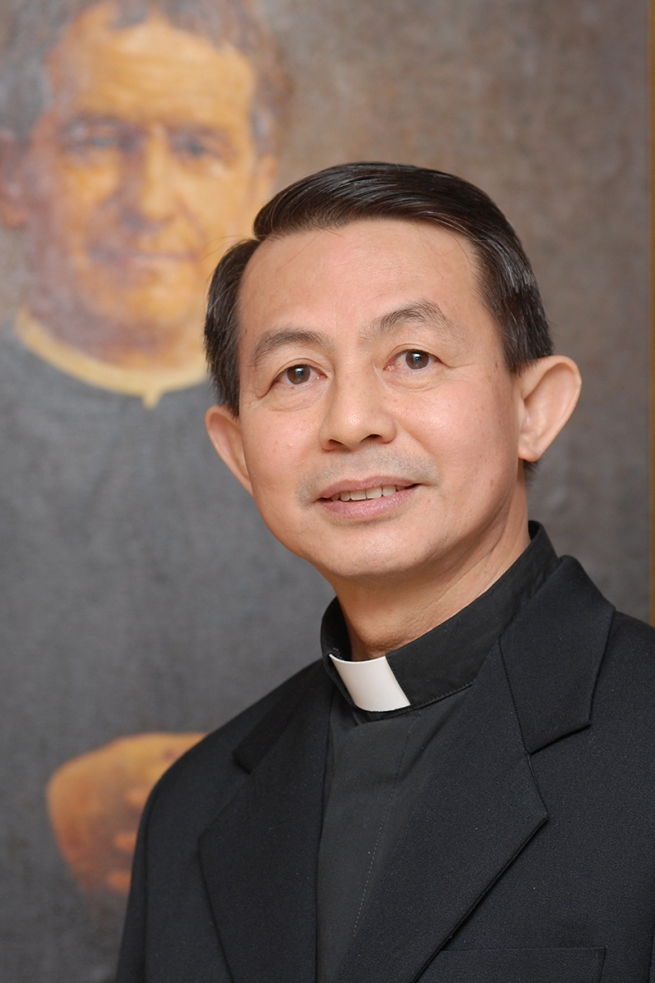 (ANS – Rome) – On 26 June 2018, after the consultation for the Provincial of INA Vice Province, the Rector Major, Fr Ángel Fernández Artime, with the consent of his council, appointed Fr Andrew Wong as the first Superior of Indonesia for the 6-year term (2018-2024).

Fr Andrew Wong was born in Santa Ana (Manila - Philippines) on November 30, 1952, and joined the Salesian Novitiate in 1971-1972 in Canlubang, made his first profession on May 1, 1972, and his perpetual profession on March 23, 1978, in Paranaque-Manila. After his ordination in 1979, he dedicated most of his ministry in formation houses: Paranaque, Canlubang, Bacolod in the Philippines, Jakarta (Indonesia) and in Fatumaca (Timor Leste) - as formator, teacher, superior and also as novice master.

Andrew also earned his MA degree at the Salesian Pontifical University (UPS) in Rome in Youth Ministry and Catechetics and speaks quite a few languages (English, Italian, Filipino - Tagalog, Tetum and Bahasa Indonesia). He participated in the General Chapters 25, 26 and 27.

After the establishment of the new ITM Vice Province of St. Callistus Caravario, Fr. Andrew was appointed by the Rector Major as the first Superior (1998-2004) during the difficult transition times of the Timor Leste Referendum (1999) and Independence in 2002.

Then he was again called by Fr. Pascual Chávez as the provincial of FIN - Manila province (2005) where he served until the GC26 (2008). He was then elected as the second EAO Regional Councilor (2008-2014). The then newly elected Rector Major Fr. Á.F. Artime called Fr. Wong to the formation ministry – a 3-year term in Ratisbonne Theologate in Jerusalem (Middle East - MOR province) until last August 2017.

Last school year he was assigned by the Rector Major to Paranaque - Manila, the “Blessed Steven Sandor” international community of specific formation for Salesian Brothers as Vice-rector and Catechist. And finally, upon his renewed availability for the missio ad gentes (January 2018), the Rector Major assigned him recently to the newly established INA vice province.

The Profession of Faith of the new Provincial will take place on Wednesday, 1 August, 2018, during the Eucharist celebration in Jakarta.