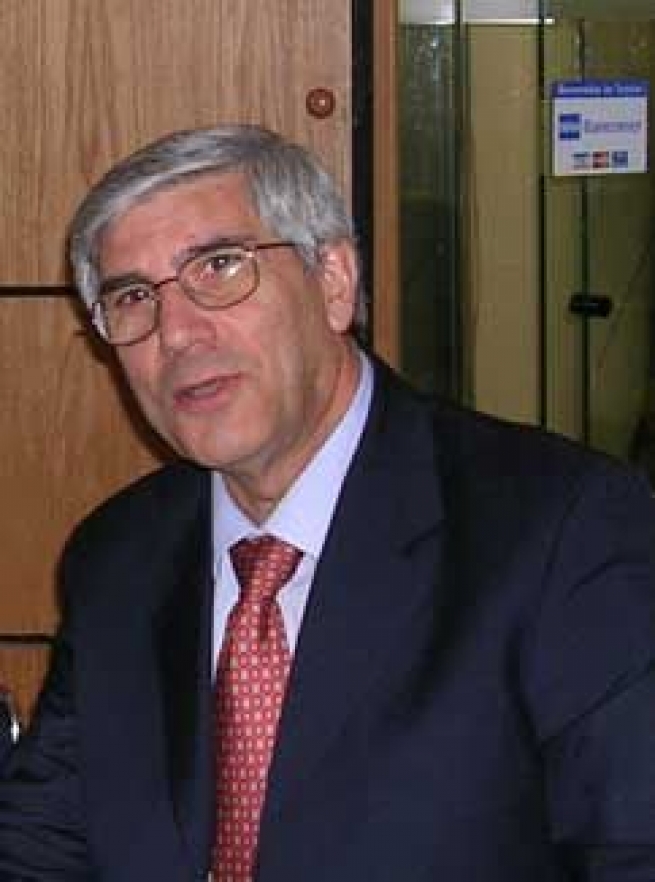 (ANS - Rome) - Last Monday, 25 June, at the hospital in Salerno where he was hospitalized, the Salesian Fr Eugenio Fizzotti passed away. Professor of Philosophy and Psychology, he taught at numerous universities, both pontifical and state, and was renowned as one of the leading scholars and popularizers of the thought of Viktor Frankl.

Fr Fizzotti was born on 1 July 1946 in Caserta, and had entered the Salesians in 1964, attending the novitiate in Portici. On his journey of religious formation, he was sent to Vienna for studies in Theology, and was consecrated as a priest by Paul VI in St. Peter's Square in Rome on 29 June 1975.

His Viennese years of formation were fundamental for his vocation, religious and educational, as they allowed him to attend the courses of prof. Viktor Frankl, founder of the "Viennese Third School of Psychotherapy", known throughout the world as "logotherapy and existential analysis".

He then served the Congregation in various communities in southern Italy - Naples, Salerno, Locri - and with various pastoral positions. Then he continued his specialization studies in Moral Theology at the Gregorian University and the Alfonsianum in Rome.

From 1984 to 1986 he directed, as a Journalist, the Press Office of the General Directorate of the Salesian Congregation.

Subsequently he started teaching at universities, taking courses in Psychology of Religion and Professional Deontology at the Salesian Pontifical University - a position he held until 2008 - and then teaching, throughout his academic career, also at many other universities and centers of higher education, both pontifical and state.

Prolific author of books and academic contributions, especially in the field of logotherapy and the transposition of the thought of Viktor Frankl, he was also Honorary President of the Association of Franklian Logotherapy and Existential Analysis (ALÆ.F.), Scientific Director of “Ricerca di Senso - Research of meaning/purpose”, the association's magazine, and honorary member of the" Austrian Medical Society of Psychotherapy."

In 2002, he was awarded the Grand Prix by the "Viktor Frankl Foundation" of the city of Vienna, annually destined to a personality who world-wide is especially committed to the deepening and diffusion of psychological and psychotherapeutic orientations of a humanistic-existential nature.

The funeral takes place this afternoon, Wednesday, June 27, in the Salesian church of Caserta.