RMG – Statement on the fate of Fr Uzhunnalil 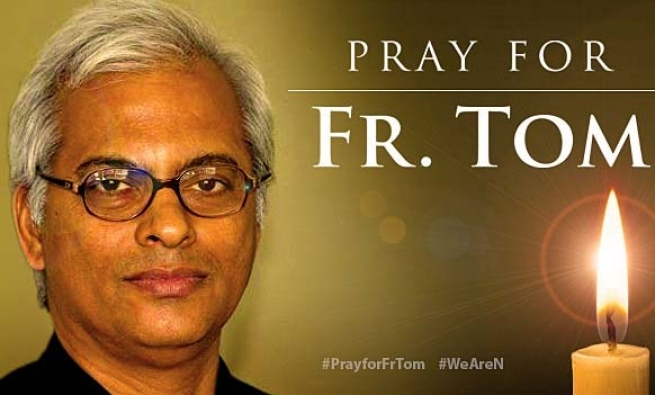 (ANS – Rome) – “It has come to our notice that some unverifiable and unconfirmed reports have been circulating these days especially in the electronic media on the present status and condition of Fr. Tom Uzhunnalil, who has been abducted in Aden, Yemen, on 4th March by unidentified gunmen. We, Salesians, are not responsible for the content or its authenticity” said Father Mathew Valarkot, spokesman for the Salesian Bangalore province to which the kidnapped priest belongs.

“In this context, we reiterate that till date no further information has come to us from credible and authoritative sources regarding the whereabouts or wellbeing of Fr Tom. Therefore we earnestly appeal to all concerned to desist from forwarding all such unsolicited and misleading messages and spreading false rumors. In the meantime, let us continue to pray for Fr Tom so that the Lord may protect him from all harm and relieve him from the clutches of the evil forces sooner than later”.

In recent days, Fr Valarkot had also said to the UCANews agency that "we must be patient with the system," pointing out that an Indian Jesuit kidnapped by terrorists in Afghanistan was released after nine months.

Fr Joseph Chinnaiyan, (CBCI) Deputy Secretary General of the Indian Catholic Bishops' Conference, meanwhile, has said that the Indian Church is in "constant contact" with the Indian government about the status of Fr Uzhunnalil and that the Indian Foreign Ministry "has informed us that it has stepped up efforts to locate the priest."