Syria - Recalling the testimony of Misho and Anwar Samaan 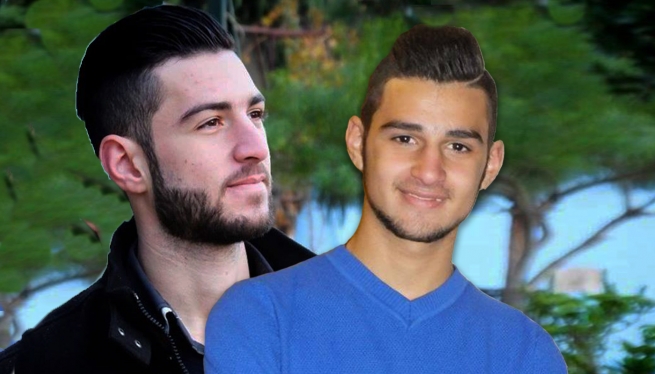 (ANS - Aleppo) - On June 29, the universal Church celebrates the Solemnity of the Holy Apostles Peter and Paul, brothers in faith and martyrdom. Misho and Anwar Samaan were also brothers and they too are "martyrs", in a broad sense, because of the war in Syria. To remember their testimony of life is the Salesian who saw them grow up, Fr Pier Jabloyan, SDB.

"Misho Samaan was born on September 7, 1998. He began attending the oratory in third grade. He was serene and friendly, passionate about dance and that is why every time he could, he would participate in parties, especially those for Don Bosco. When he became an animator, he began to share his gift with the younger boys and taught them to dance.


Misho grew up in the oratory, and participated in sporting events, especially basketball tournaments, helped also by his tall stature. His presence in the oratory team was always effective.

He was a young Christian, like so many young people who seek the Lord in daily events. He had many questions awaiting answers, participated in catechism and associations of the Salesian Youth Movement.


His older brother, Anwar, was born on July 20, 1993. He was also a 'son of the Salesian oratory' in Aleppo. Every Friday he participated in catechism and was a member of the 'Domenico Savio' association. He became an animator and with his simplicity and availability, with a very friendly and spontaneous presence, he managed to make many young friends, why everyone loved him.


Every Sunday he and his brother attended the oratory Mass. And Anwar willingly put into practice Don Bosco's counsel in approaching Confession, an aspect that was noticed when the penitential celebrations were organized in preparation for Christmas and Easter.

These two brothers could not fulfill their many dreams, which they were cultivating, because of the war. Rockets hit their home, causing their death and their mother's also, Minerva, on April 11, 2015, in the Easter Octave. Thus, they too participated in the cross of the Lord, and then participated in his Resurrection and glory.


These two brothers loved Don Bosco and the Salesians. It could also be seen from the images of Don Bosco they kept in their wallets and the paintings hanging at home.


We are sure that now they are enjoying his company and that of all the saints in the presence of the Lord."