Senegal – Project on behalf of disadvantaged women comes to an end 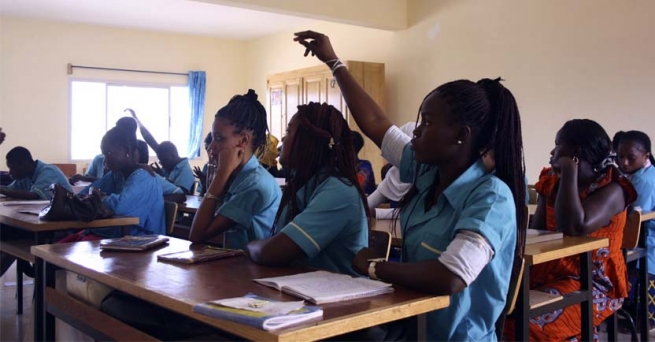 (ANS - Dakar) – Friday 11 March marked the end of a project at the Salesian Centre of Ker Don Bosco in Dakar, Senegal. The project was called "Teaching trades through education of young people and literacy courses for women in the area of Yoff". It was an effort to deal with the problems of high youth unemployment in Yoff, because of the low professional qualifications of so many young people at risk, and the vulnerability of women in that area.

Inequalities between men and women do not give women the opportunity to enter the labour market or to have jobs that promote equality. Women represent only 13% of all those in employment. But there is also another problem: the high rate of illiteracy among the young population of rural areas, which reaches its highest among women and girls.

During the project a social and educational centre was built and equipped.  It has a large multipurpose room, a computer room, three laboratories, two classrooms for literacy, a meeting room and some offices. When construction was complete the first training courses for trades were initiated: tailoring, cooking and plumbing for about 70 young people, in addition to the literacy course for more than 150 women.

Kër Don Bosco is a centre open to the neighbourhood. It has an information office where young people can become aware of the opportunities for work and training and also receive counselling and career guidance. The facilities at the centre are also available to community associations for organized meetings and activities, as well as for sports, leisure and recreation for children and youth.

The project that has just ended focused in particular on the lack of protection experienced by mothers, pregnant women and single women with daughters. Even when the project ends, Kër Don Bosco will continue with its activities and training workshops and literacy classes for the young people of Dakar.

"Thanks to all the Salesian houses and to all the people who helped to make this project a reality.”