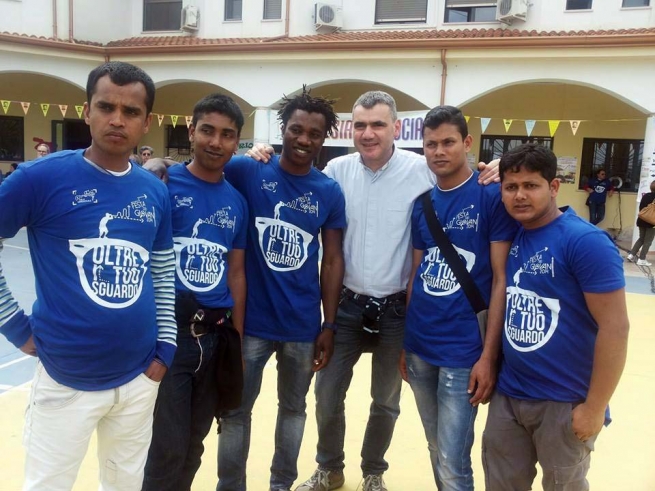 (ANS - Torre Annunziata) - Since the beginning of the migrant emergency, the Salesians of Italy have opened the doors of their homes to Unaccompanied Foreign Minors (MSNA). So they did with Lamin, a boy from Gambia, who is now 17 years old and until a few months ago was housed in the family community "Mamma Matilde" of the Salesians of Torre Annunziata.

"I grew up in a village near Benjul. I saw poverty and war. In my village, we had to walk many miles to get drinking water and almost no one went to school.

On knowing of some guys who had escaped to have a better life, together with two other friends, we left our homes and started this adventure. We worked a few months in a paddy field, to face the journey.

As we crossed the desert on a truck with fifty other people, my friend Shamim felt sick. So the driver threw him down, abandoning him like an animal.

When I arrived in Libya, my friend and I stayed in jail for 20 days. Once out of jail, we went to work in a clothes warehouse, to pay for the trip to Italy. Before getting on the boat they asked for the money, but we were afraid of being robbed. Given our resistance, a smuggler shot my friend in the face, killing him. On seeing that scene, me and all 150 present there, we gave the money and we boarded.

After about 10 hours that we were on the boat, an Italian ship approached. We reached Salerno and I arrived in the Salesian community. It had been months that I had not washed myself in a decent way and I had not eaten something good.

Now I have found a new family. I see Italian kids going to school, playing and living with their parents. These are things that I hope to do, but I would love to help my family in Gambia too. Now my life is beautiful, thanks to Don Bosco, that allowed me to go to school, study and attend the oratory. And now I work in a pizzeria."

Last Saturday, the youngsters welcomed in the Salesian family communities of Italy's Campania region participated in a national initiative promoted by the NGO "Libera" by Fr Ciotti and at the Lido Mappatella observed a minute of silence to affirm: "I'm not dangerous, but I am in danger."