Ecuador - Óscar, the child who recovered his childhood 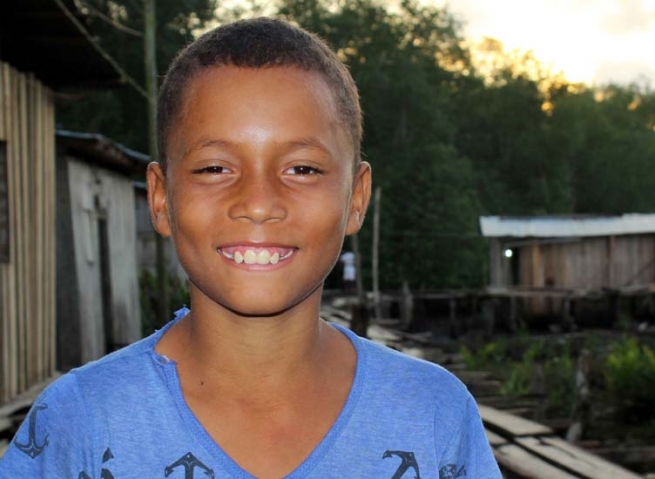 (ANS - Ambato) - According to the Ministry of Economic and Social Inclusion, child labor in Ecuador has decreased in the last six years; however over "360,000 children in Ecuador work in the streets selling candy or begging." On average, around 8.56% of the country's children and adolescents work. Óscar is one of these street children. At the age of nine he started working: that's where his childhood was interrupted. "At that age - he explains - I realized what was the situation of my family."

Óscar is now eleven years old and has been attending the "Don Bosco House" in Ambato for over a year. At the House, he studies, receives food, tutoring, practices sports and finds people who take care of his integral well-being.

Óscar is one of the 90 children and young people followed by the Salesians at the "Don Bosco Farm" in Ambato and through the "Mi Caleta" project in Quito, which needs support to continue with its work of welcoming, supporting and educating children of the streets.

The children who participate in the project are like Óscar: children who come from families with very few resources, working children, with malnutrition problems ... and with serious family difficulties. "My parents are from Colombia and we arrived in Ecuador in 2007, fleeing the armed conflict. My mother was pregnant with me and saw how they killed my two brothers, whom I never met. Because of the shock she had, I too risked dying. She, also, has suffered serious consequences and cannot work. My father is the only one who brings money home," says Óscar.

The Don Bosco Farm in Ambato, as also the "Mi Caleta" project in Quito and the "Chicos de la Calle" project of the "Proyecto Salesiano of Ecuador" Foundation seek to improve the quality of life of street children by offering: adequate accommodation, with suitable and safe facilities; complete and adequate nutrition; health care; personal, family and scholastic psychological accompaniment; education and / or vocational training.

Óscar today has recovered his childhood; this is what the Salesians desire for the thousands of street children all over the country.