Syria - a country that is suffering 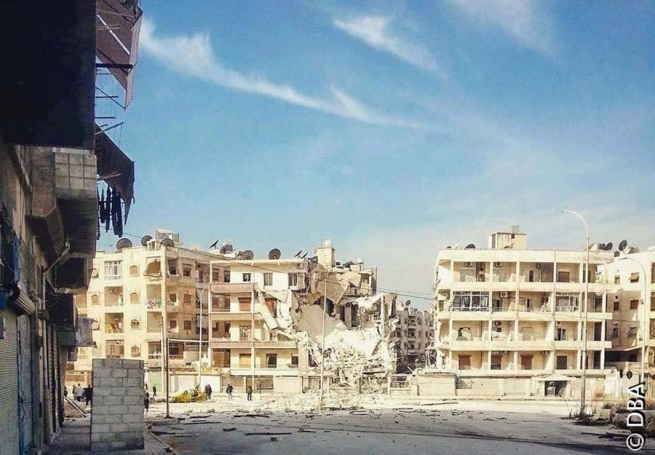 (ANS - Qamishli) - Syria is a country that is suffering from five years of war. The young Syrian Salesian Mhran Charkajian gives this account:

Thousands of deaths, refugees thrown on the roads, ruined cities, a culture of a thousand years before Christ destroyed or removed, archaeological sites lost as in Aleppo and Palmyra. All that is needed for a normal life is lacking: food, water, heating, electricity, security, communication networks. The people are suffering, every family has lost a loved one because of the war.

Terrorism, one of the great evils of the world, has hit and destroyed the country. And the conflict between different factions causes even more bloodshed.

Many young people have lost any prospect for the future and are fleeing to seek a new life in safety. They embark on sea trails that are often death pathways. This is their only way to reach Europe. Thousands of young graduates, whole families after selling houses and belongings to pay for the trip, have left Syria to go to Europe. For work, study, to be able to live a dignified life.

Terrorists do their utmost to make innocent people suffer. They came from outside, from Saudi Arabia, Turkey, North Africa. Killing and bombing are like a game for them, especially in Aleppo, Homs, Raqqa, etc.

On 14 February 2016 terrorists bombed a civilian area in Aleppo where the majority of the population is Christian. Many people died, whole buildings collapsed burying people under the rubble. Among the victims was a young leader of the Catholic Scouts, whose uncles are Salesian Cooperators, and a 13 year old boy I knew well, and many more that I did not know!

Before that, two Salesian youth leaders, Anwar and Misho, were killed along with their mother, Minerva. A missile hit their house, causing dozens of casualties. Two years ago, Jacques, a pupil of the school, died: he was waiting for the bus to go to catechism at the oratory, when a bomb landed near the bus stop. Other young people were killed with him.

On 23 December 2015 a bomb exploded at a restaurant in a Christian neighbourhood in the city where I live, Qamishli, in the northeast, near the border with Turkey. Fifteen people died, including seven young thirty-somethings of my parish, who left orphans and widows.

And what can people do? They flee, they are forced to flee.