Italy - Farewell to Fr Luigi Melesi, the "jail priest" who took weapons away from Red Brigades 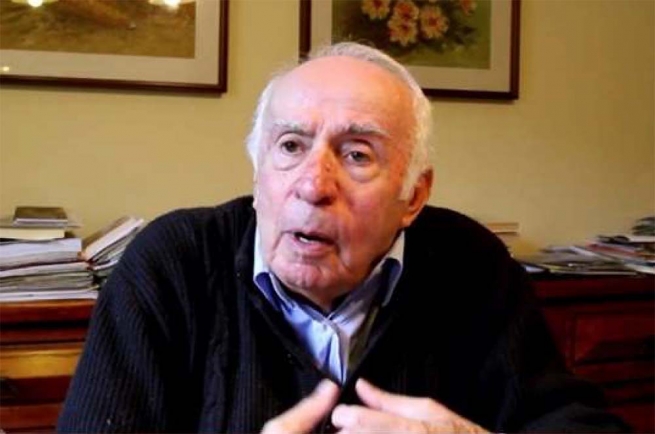 (ANS - Lecco) - As an authentic spiritual Son of Don Bosco he never resigned himself to considering the worst of the criminals as unrecoverable and in all he sought "that accessible point to the good" from which to initiate a change in life's direction. After a life spent in this manner, yesterday, Tuesday, July 10, Fr Luigi Melesi died in Lecco.

Born in Cortenova in 1933, already during the course of his formative journey he lived the Salesian mission among the boys of the "Ferrante Aporti" reformatory in Turin. From 1960 to 1967, he worked in the Salesian center of Arese, entrusted to the Salesians after having been a juvenile prison of the Beccaria National Association. In 1967, he led the first group of 25 young people in Brazil, beginning, together with Fr Ugo De Censi and Fr Bruno Ravasio, "Operation Mato Grosso".

After returning to Italy and serving as a Director in Darfo, he returned to Arese, and while he continued to accompany the boys sent to him by juvenile courts throughout Italy, he was called by the then archbishop of Milan, card. Giovanni Colombo, to work as a chaplain in the "San Vittore" prison in Milan.

There Fr Melesi served for 30 years, meeting prisoners of every race and religion, becoming their friend and brother. During his service behind bars, he met terrorists, burglars, murderers, criminals, but also many simple people, in prison for lesser crimes. His style consisted in never putting the crime at the center, but the person.

The surrendering of weapons, a real arsenal, by the terrorists of the Red Brigades, which took place in the archdiocese on 13 June 1984 into the hands of card. Carlo Maria Martini - of whom Fr Melesi was an intimate collaborator and advisor - was in fact preceded by Fr Melesi's precious and indispensable work of accompaniment and mediation.

In recent years he shared his experience through conferences, meetings, rallies and various publications - including the interview book "Prete da galera", or “Jail Priest”, by Silvio Valota.

Recognizing his skills as a communicator in 2013, the Salesian Pontifical University in Rome awarded him the Honoris Causa degree in Social Communication Sciences.

His spiritual heritage can be condensed into some of his famous expressions: "It is not possible to help a person change his life for the better if one does not go to his side, if one does not take up his story ... A person, to become good, must feel loved."