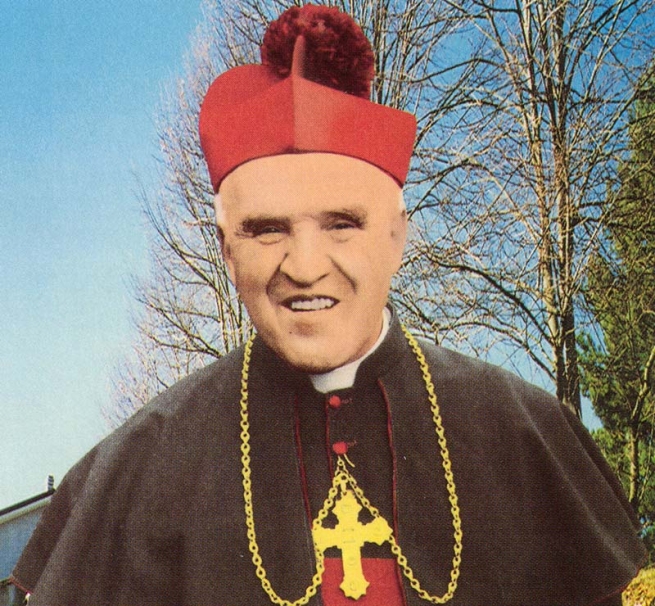 (ANS - Rome) - Following the recognition on March 3rd by the Holy Father Pope Francis, in which the Servant of God, Stephen Ferrando SDB, Bishop of Shillong and founder of the Congregation of the Missionary Sisters of Mary Help of Christians was declared Venerable, the Rector Major sent a letter to all groups of the Salesian Family.

After outlining the key stages of the life of the new Venerable, the Rector Major highlighted the quality and work of Bishop Ferrando: "He was a man of strong character who was not discouraged in the face of many difficulties, but faced them all with a smile and with gentleness. Perseverance in the face of obstacles was one of his main characteristics. He tried to merge the gospel message with the local culture in which it was inserted. He was fearless on his pastoral visits which he carried out in the most remote places of the diocese, in order to recover the lost sheep. He showed a particular sensitivity and attention for the promotion of lay catechists, whom he considered complementary to the mission of the bishop. Much of the fruitfulness of the Gospel and its penetration into the territory depended on them.

He also paid huge attention to family ministry. Despite numerous commitments, he was a man with a rich inner life, nourished by prayer and contemplation. As Pastor he was appreciated by the sisters, by priests, Salesian confreres and in the episcopate, as well as by the people who felt that he was very close to them. He gave himself creatively to his flock, taking care of the poor, defending the untouchables, caring for cholera patients."

Fr Ángel Fernández Artime said that for Bishop Ferrando the most painful moment of his virtuous life was when he had to abandon the diocese of Shillong to retire in Italy. The Rector Major invites the whole Salesian Family "in this year when we are resolved to journey together with Jesus in an adventure of the Spirit to welcome with joy the shining witness of this son of Don Bosco and founder of a thriving congregation.”

The Rector Major, finally, urges all members of the Salesian Family to get to know the testimony of this Salesian missionary Bishop and his great apostolic zeal for the salvation of the young and the poor, and to pray through his intercession for the grace of the miracle that will open the way for his beatification.

The full text of the letter is available on sdb.org.