Honduras - Card. Rodríguez Maradiaga: "They are destroying a brother country, which really does not deserve this injustice" 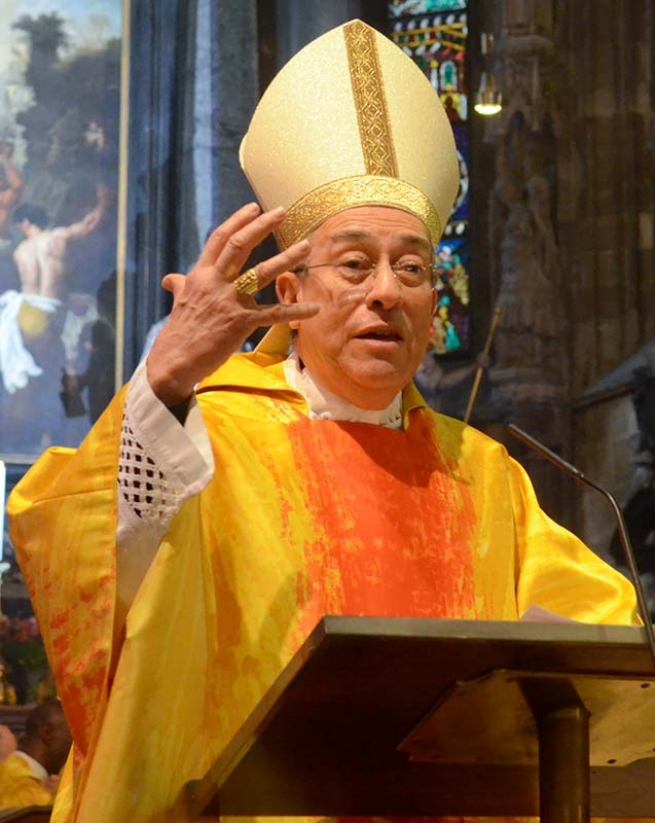 (ANS - Tegucigalpa) - Cardinal Óscar Andrés Rodríguez Maradiaga, Salesian, archbishop of Tegucigalpa, prays, suffers and cries for the Nicaraguans, while he warns President Ortega that "dictators cannot go forward." According to the CNN report regarding the Secretary General of the Nicaraguan Association for Human Rights, Álvaro Leiva, the wave of violence that hit four municipalities near Managua last Sunday caused at least 10 victims, adding to the other 273 already counted by the Inter-American Commission on Human Rights (CIDH).

Neither the hundreds of dead, nor the thousands of people who suffer, open the heart of President Ortega because "we witness the lack of political will of the government to dialogue sincerely," say the bishops of Nicaragua.

During the Sunday Mass in the Cathedral of Tegucigalpa, in Honduras, the Salesian Cardinal stressed that in Nicaragua power wants to silence the voice of truth and justice, and that for this reason we must "help those who are resisting with faith" in that country.

The prelate has called for a national dialogue to begin and a call to end the post-election crisis resulting from a presumed fraud in the 2017 general elections. To look for a way out of the crisis, in March a process called "pre-dialogue" began; moderated by the UN representative in Tegucigalpa, Igor Garafulic, it aimed at achieving a dialogue.

"Dialogue is the path to take; let's stop with pre-dialogues, which we see are ridiculous; it is the moment when we must drive out the enemy, free our people, so that we truly come to understand each other as brothers," said Cardinal Rodríguez Maradiaga.

For their part, the Bishops of Nicaragua have sent a pastoral message: "In recent days, repression and violence by pro-government paramilitaries have intensified towards people who are protesting civically. We profoundly deplore so much death, so much pain and so much suffering for our people."

The bishops also invite to unite in concrete gestures to seek peace: "a day of fasting, Friday, July 20, in reparation for the desecrations made in recent months against God; and a month of intercession, from 15 July to 15 August."

The message of the bishops ends by stating that "evil has strength when we allow it" and strongly urges "not to be accomplices of evil."