Mexico - Solidarity between Syria and Mexico: "We know your situation isn't easy either" 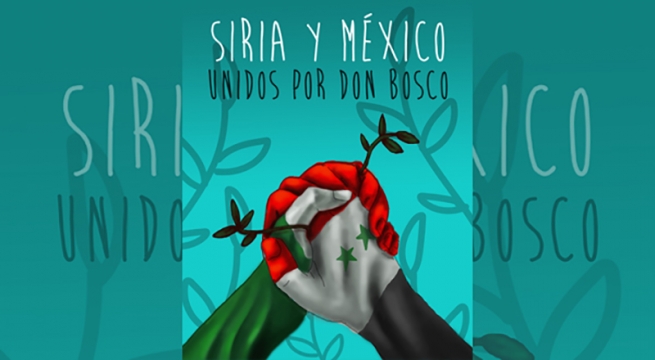 (ANS - Guadalajara) - Last April, when Fr Ángel Fernández Artime, Rector Major, visited the Province of Mexico-Guadalajara, only a few days had passed since his previous visit to the young people and Salesians of Syria.

During his stay in Syria, the Rector Major spoke of hope in a place where it was difficult to hope, but he was able to do so thanks to the testimony of the many young people he met: generous young people, who despite the difficulties of the war, knowing that X Successor of Don Bosco would soon be visiting Mexico, decided to make a gesture of fraternal solidarity towards their Mexican peers.

A very real gesture: they collected 200 dollars, which they consigned to the Rector Major to be destined for a Salesian house in need in the Guadalajara Province. The chosen house was in Nuevo Laredo, in the State of Tamaulipas, where the Salesians animate an oratory in an area marked by the entrenched presence of criminal groups.

While in Guadalajara, and while visiting other cities of that Province, the Rector Major spoke to the young people and the Salesians present of his meetings in Syria. His words also touched the hearts of the young Mexicans, who wished to replicate with their own gesture of solidarity towards the young Syrians. And so, during the provincial feast of the oratories, held in Nogales, Sonora State, from 27 to 30 April, an amount of 350 euros was collected, to be sent to Syria.

In this story, what matters less is the amount sent, on both sides. What is significant, however, is that none of these young people remained insensitive to the suffering experienced by other boys and girls. Each of them, young Salesian oratorians, both in Syria and in Mexico, wanted to give as much as they could to send a hug to their distant peers.

"Thank you for your prayers and for this beautiful expression of solidarity," wrote Fr Alejandro León Mendoza, Provincial Economer of the Middle East, thanking them for the gesture of solidarity reciprocated by the Mexican oratorians. "We know," he added in an email last 11 July, "that not even your situation is easy."