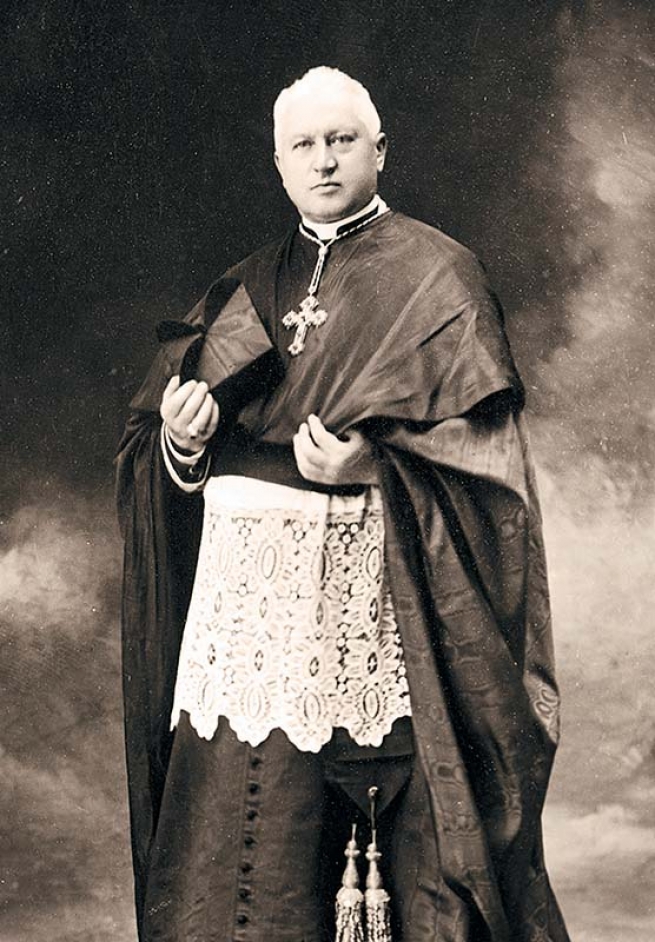 (ANS - Rome) - On May 19, 2018, Holy Father Francis authorized the Congregation for the Causes of Saints to promulgate the decree concerning the heroic virtues of the Servant of God Augusto Giuseppe Hlond, of the Salesian Society of St. John Bosco, Archbishop of Gniezno and Warsaw, primate of Poland, cardinal of the Holy Roman Church, founder of the Society of Christ for the Emigrants. Born on 5 July 1881 in Brzęczkowice (Poland), he died in Warszawa (Poland) on October 22, 1948.

Regarding the decree, Rector Major Fr Ángel Fernández Artime sent a letter to the Salesians and to the members of the Salesian Family in which, after retracing the stages of the venerable's life, both as Salesian and as archbishop and primate of the Polish Church, he highlights several traits.

Cardinal Hlond was a virtuous man, a luminous example of a Salesian religious and a generous, austere pastor, capable of prophetic visions. Obedient to the Church and firm in the exercise of authority, he showed heroic humility and unequivocal constancy in moments of greatest trial. He cultivated poverty and did justice to the poor and needy. The two columns of his spiritual life, at the school of St. John Bosco, were the Eucharist and Mary Help of Christians.

In the history of the Church of Poland, Cardinal Augustus Hlond was one of the most eminent figures for the religious witness of his life, the greatness, variety and originality of his pastoral ministry, for the sufferings he faced with an intrepid Christian spirit for the Kingdom of God. The apostolic ardour distinguished the pastoral work and spiritual physiognomy of Venerable Augustus Hlond, who, taking as his episcopal motto Da mihi animas coetera tolle, as the true son of Saint John Bosco, confirmed it with his life as a consecrated person and bishop, giving witness of tireless pastoral charity.

In this year in which the Strenna invites all to cultivate the art of listening and accompanying, the testimony of the venerable Augustus Hlond shines forth as a true guide and pastor of his people, committed to defending the freedom of the Church and the dignity of man in an era marked by great trials and persecutions, such as Poland experienced under the Nazi occupation first, and then the communist regime.