Spain - Campobosco 2018: "We will go half". Youth pilgrimage to Salesian Places 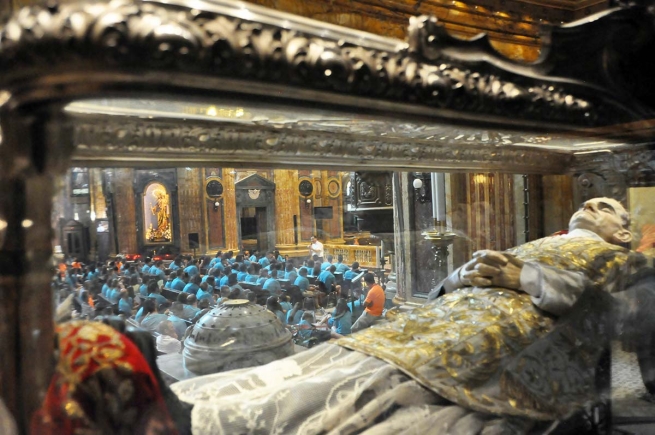 (ANS - Madrid) - Approximately 650 Spanish and Portuguese youngsters will participate in "Campobosco 2018" from 29 July to 7 August. Organized by the Salesian Youth Movement (SYM), this meeting is aimed at young people aged 19 and over, youths with experience within Christian groups and preferably animators in the Salesian youth centers. The participants will go on pilgrimage to the places where the Salesian charism of Don Bosco and Mother Mazzarello was born and spread.

The starting point will be Barcelona, ​​the city visited by Don Bosco in 1886, two years before his death. The route will continue, after crossing France, through northern Italy. Young people will stay at Colle Don Bosco, formerly called "i Becchi", where Don Bosco was born. From there they will move to Chieri, in whose seminary the founder of the Salesians was formed as a priest, and then they will reach other important places and towns of his life. They will also cross Mornese, home of Mother Mazzarelo, co-founder with Don Bosco of the Institute of the Daughters of Mary Help of Christians (FMA). Turin will be the last destination of the pilgrimage, where they will visit the first Salesian oratory and the Basilica of Mary Help of Christians in Valdocco.

"During the Campobosco we will get near Jesus and his Gospel through the Word of God, where we will discover faces of young people; we will look at the face of Jesus, who inspired our founders; we will compare ourselves with the faith lived by Don Bosco, Mother Mazzarello and the young people of the first Oratory. In this Campobosco we want to highlight the young people of the first Oratory, according to the same criteria of the Synod of Bishops on young people: faith, discernment, vocation and accompaniment," say the organizers.

The motto chosen for this year is "We will go half" (Iremos a Medias), taking up the promise made by Don Bosco to his Successor, Michele Rua.

This year there will also be a novelty: the "Campobosco 2018" app, developed by Carlos Magán and available for iOS and Android systems.

Still on the subject of technology and communication, the Campobosco 2018 can be followed via the social networks of the Salesian Youth Movement of Spain with the hashtag #IremosAMedias and #CPB18.