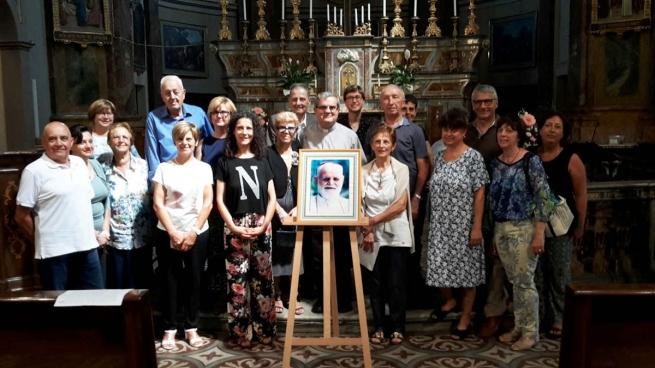 (ANS - Diano d'Alba) - On 28 and 29 July, celebrations to commemorate the 20th anniversary of the death of the Servant of God Mgr. Oreste Marengo took place in Diano d'Alba, in the province of Cuneo. Oreste Marengo, born in Diano d'Alba in 1906, first departed as a missionary to Northeast India at the age of 17. In 1923, he was ordained bishop in 1951 in Turin's Basilica of Mary Help of Christians. He died in Tura, Assam State, India, 30 July 1998.

A highly significant moment during the commemoration, with the presence of the bishop of Alba, mgr. Marco Brunetti, was the naming of the inner courtyard of the former institute of the Daughters of Mary Help of Christians to Msgr. Oreste Marengo, as a model and reference for young people. Moreover, in the evening, a documentary on the life of the missionary and on the work of the past pupils was presented in favor of his missionary work, and the statue of Mary Help of Christians restored and relocated in the original position in the courtyard of the House.

Fr Pierluigi Cameroni, Postulator General of the Causes of the Saints of the Salesian Family, presided at the Eucharist on Sunday 29 July. He advanced multiple invitations: to be, like the great Salesian, missionaries and signs of the presence of Jesus in the reality wherein one lived; to give one's life totally and fearlessly in the hands of God, as did the young Oreste Marengo who, at 17, left for the North East of India; and to imitate the Servant of God in being men and women of peace and reconciliation, sowers of fraternity, especially in families and in social relations.