India - From Germany with love 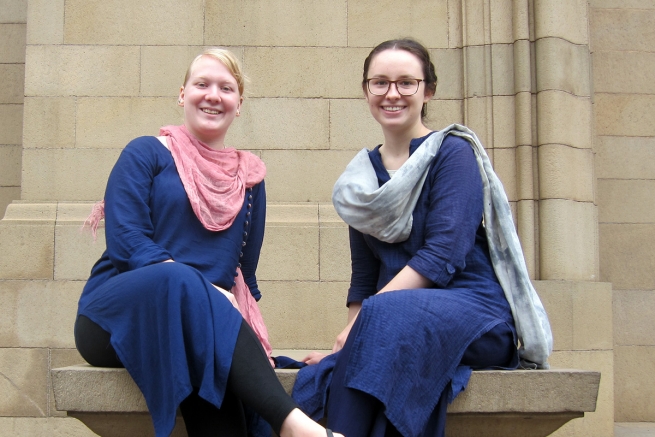 (ANS - Mumbai) - Germany and India are two countries that live totally opposite economic situations: the first is one of the world's strongest economic powers, the other is crossed by deep social inequalities and poverty. This is the reality encountered by Lisa Rattei and Nadine Schuttler, two German students, on their first trip to India.

The two young women attend a degree course for social workers at the Salesian University "Katholische Stiftungshochschule Benediktbeuern", just over 61 kilometers from Munich. Their course of study includes a period of training as interns in a foreign country. Thus, Lisa and Nadine went to India, at the Don Bosco Campus in Matunga, Mumbai, where they stayed for six months.

"My wish has always been to do social work, in contact with the poorest and most needy people," said Lisa Rattei. The experience in India for her, accustomed to an affluent life in Germany, was intense. She says she was struck by the story of a child who no longer celebrated his birthday because his parents were gone. She was happy to meet these young people, even just to sit down and talk to them.

In India, Nadine worked with the "Don Bosco Development Society", an NGO that aims to improve the living conditions of people coming from the slums around Mumbai. She would go to the home of these people, spend time with them, talking and drinking Chai.

What Lisa and Nadine realized is that India is not just what you see in the colorful Bollywood films. Despite sustained economic growth, there is still a lot of poverty. The two young women, however, appreciated and valued life there, made friends and helped the neediest. "In India they treated us as if we were family. It was a really positive experience," commented Lisa and Nadine. "Even when I became ill with malaria, Fr Anthony Goyal, an economer of the Provincial House of Matunga, took care of me, helped me and took me to the hospital for treatment," added Nadine.