RMG - Following a path of fidelity. A greeting in the imminence of GC28 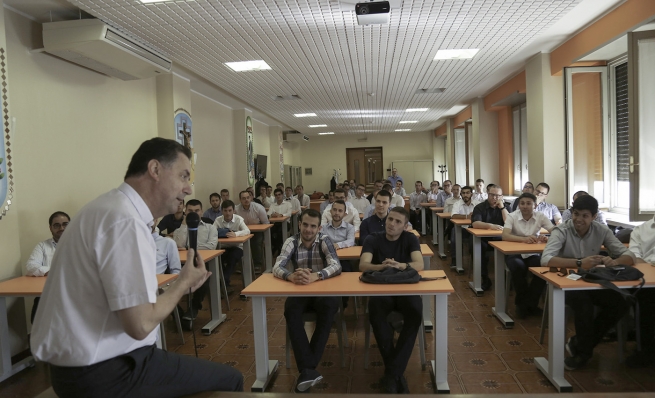 (ANS - Rome) - On 8 September, the feast of the Nativity of the Virgin Mary, the Rector Major, Fr Ángel Fernádez Artime, sends a letter to be published in the Acts of the General Council (n.428). It invites us to consider the marvelous opportunity presented to the Salesian Congregation, like all the General Chapters, "to take a further step looking at the future, making a journey of fidelity to the Lord, following in the footsteps of Don Bosco."

In this letter, considered by the Rector Major as a "colloquial letter" or "fraternal and spontaneous communication", it refers to issues concerning the GC28 and the young, the situation of the Congregation and several situations for reflection and the theme of "being missionary", as a source of hope.

The Rector Major begins the letter with the testimony of young people. A young man writes: "We need Salesians with conviction, dream, passion, who can be living witnesses of the love of Christ and can be for us an example of all that Don Bosco professed. The second testimony, more eloquent and profound: "Many of us do not imagine a life without Don Bosco, without Salesians, and we can say that we would not be in love with God in a 'crazy' manner, full of laughter and great experiences, without him.

The letter can be downloaded from www.sdb.org