Spain - Over 75,000 students return to Salesian schools and about 17,000 begin Vocational Training courses 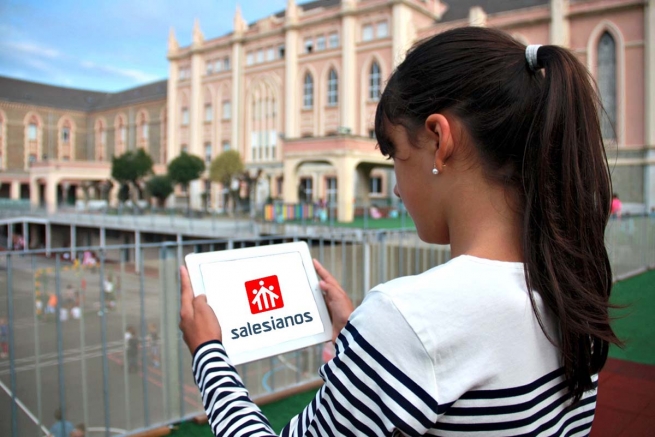 (ANS - Madrid) - With the resumption of lessons and the beginning of the school year, the activities in the Spanish educational centers start again. In this month of September, as many as 96 Salesian schools re-open their doors to accommodate over 75,000 students. In Vocational Training Center classrooms and workshops, approximately 17,000 new students will be welcomed to learn a trade. The Salesian center students will be accompanied by a total of 6,000 teachers who, following the example of Don Bosco, will educate them with a style of proximity.

In this scholastic year that is about to begin, Salesian centers will continue to promote pedagogical innovation in the classrooms. To accompany schools in this process, several initiatives have been launched, including the celebration of an Annual Innovation Day and the opening of an innovation portal to share good practices.

Innovation also extends to the pastoral field. Pastoral action in schools has been carefully re-examined and defined, focussing on the vitality of the Salesian charism in each center. The two Salesian Provinces in Spain have launched their respective pastoral campaigns. The "Spain-Mary Help of Christians" Province, based in Seville, will work under the motto "First the Last"; while in the "Spain-St James Major" Province, based in Madrid, the moto is: "Your mission: on the go!", for the older students; and "An adventure, step by step", for the younger students.

School departments continue to encourage and support teacher training and networking. To this end, seminars, courses and other training programs were organized to allow teachers to regularly update their skills and knowledge. For example, every year a group of pastoral directors and coordinators from different centers has the opportunity to achieve specific university-level training.

One of the initiatives with the greatest tradition in the Spanish Salesian school reality is the Don Bosco National Award, which reaches its 32nd edition this year. In addition, after the success of the past edition, several centers in Spain will participate in the Second Day of Professional Vocational Training, where students have the opportunity to present the projects developed in class. Finally, the second edition of the School-Business Coordinators meeting will also be held.

The fostering and care of relationships with the families of the students and the improvement of the process of selection of staff in schools are other guidelines of Salesian schools for this new school year. The goal is that Salesian schools increasingly help their students to be good Christians and honest citizens, as Don Bosco wished.