Mexico - Rector Major again in Tijuana to meet US Salesians 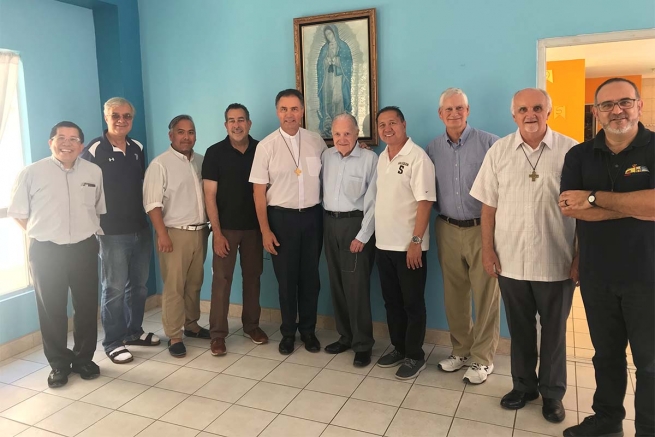 The reason for his brief visit was to meet the Salesian Provincial of the United States West (SUO), Fr Ted Montemayor, and the members of his council.

The presence of the X Successor of Don Bosco in Tijuana - a Mexican city on the border with the United States - is mainly due to the fact that it was not possible for him to enter the USA. In fact, the Rector Major was denied entry because of his visit to Syria earlier this year. But since the Rector Major is the "Father" for the Congregation, and as "Father" he wants to know where his children are, where they work, where they proclaim Jesus Christ ... he wanted to find a way to meet Salesians working in the United States, and did so on the border between Mexico and the USA.

The Salesian community of Tijuana offered a family-style welcome to the Rector Major. The members of the Provincial Council of SUO, on their part, not only met Fr. Á.F. Artime, but in this way also had the opportunity to learn about the activities carried out by the Salesian Refectory "Padre Chava" that operates in the city and which daily provides support and attention to thousands of migrants and the poor.

The Rector Major himself, before leaving to return to Rome, celebrated the Eucharist in which he thanked the Salesians of Tijuana for their services to the poor and migrants and for the meeting they had with the Salesians.