Italy – “Salesians and the Network”: a guide for web presence 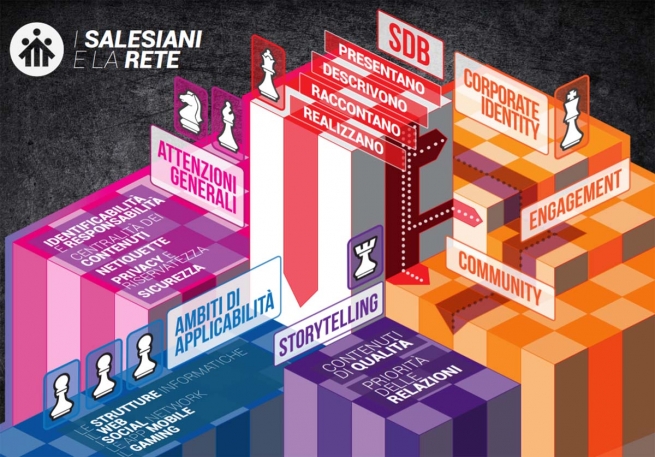 (ANS - Rome) - In the current social and information context, two elements are essential: being present "in the network" and "networking" between subjects who share the same mission. Animated from this perspective, the Salesians of Italy have produced a guide to the online presence of the Italian Salesian Provinces, which is progressively being shared throughout the peninsula.

This guide is part of a process of reflection of the Congregation which originates in the "Salesian System of Social Communication of the Salesian Congregation" of 2011, completed over the years with successive contributions, namely: the Reference Framework of Salesian Youth Ministry, the contributions on Salesian communication formation, the document on Presence in the Social Networks, as well as the Message of the Holy Father Francis for the 50th World Communications Day.

The Guide, which is purely pragmatic rather than theoretical-analytical, is divided into two areas: the first, contained in the Introductory chapter and the Appendix on the "vocabulary" of the network, outlines the main elements of the Internet world; the second, developed in the central chapters, illustrates the impact that the digital communication formats have on the Italian provinces and the consequent evangelizing power they carry within themselves.

In this sense, the web is presented as a great opportunity for the Salesians of Italy, because it informs on the activities of the Provinces and transmits the reality of the Salesian mission, identifies the Congregation as a community in step with the times and faithful to its charism, promotes good practices in every field, allows to share subsidies and support materials to be used for formation, pastoral activities, and related.

The guide accompanies the Salesians in understanding and communicating their identity in a coherent and univocal manner (corporate identity), in being able to attract and involve young people and web users in general (engagement), and in animating, neither more nor less than in the off-line world, the digital community (community). To this end it also illustrates one of the most effective techniques, that of story-telling, accompanied by some golden rules for the network: from the principle of responsibility to communication for target recipients, to netiquette, respect for privacy and legal obligations.

In consideration of the continuous and rapid change in the world of communication, the guide also provides for the two-year development of the vademecum/directors with norms and practical indications on various issues.

The document is available, only in Italian, on the sdb.org website.