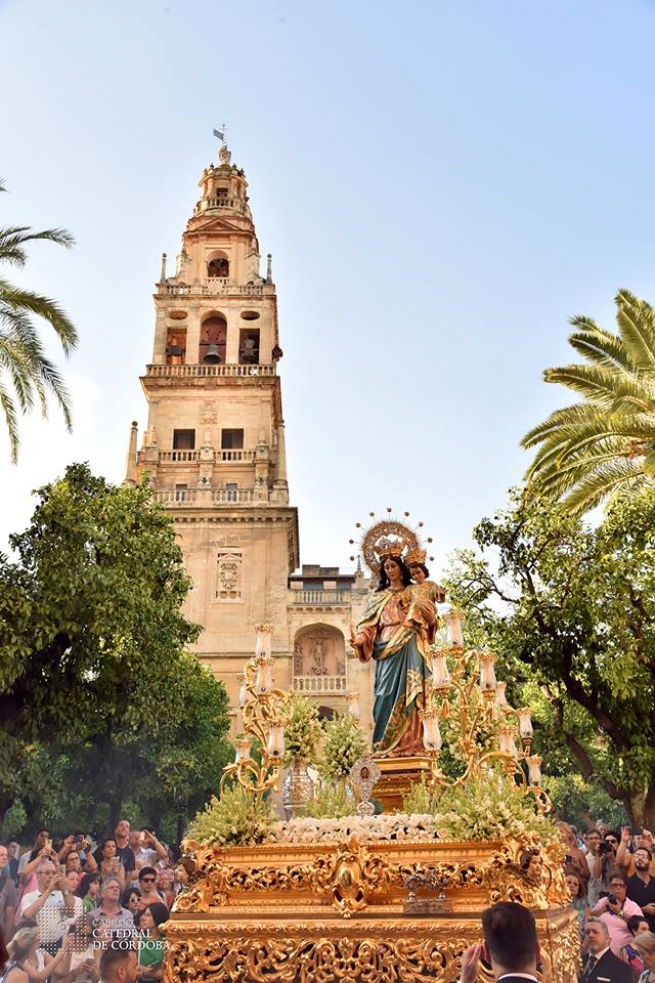 (ANS - Cordoba) - The statue of Mary Help of Christians of Cordoba was carried in procession through the city streets last Saturday, September 22. It was an extraordinary transport, which wanted to commemorate the first centenary of the blessing and consecration of the shrine bearing the same name. Yet, this statue of the Virgin worshiped by the Salesians in Cordoba is older than the shrine itself, since it was blessed a few years earlier.

The blessing of the statue of Mary Help of Christians took place on 25 March, 1908, by the then bishop of Cordoba, mgr. José Pozuelo Herrero. The chronicles of the time narrate that the city authorities were also present at the event and that the day marked a milestone for the Salesian work and for Cordoba. Then, 10 years later, the blessing and consecration of the sanctuary took place on 23 September, 1918, with the current event commemorating its centenary.

The Salesian workshops of Barcelona-Sarriá had been entrusted with creating the wooden sculpture of Mary Help of Christians. In the 1960s, the statue was subjected to a profound restoration by the Cordovan expert Juan Martínez Cerrillo, who modified the perimeter of the head and the polychrome. Subsequently, the workshops of "Nuestra Señora de la Almudena" in Madrid also worked on the sculpture in 2005.

Four years later, on May 10, 2009, the Salesian community of Cordoba experienced a new significant event, with the pontifical coronation of the statue: it was a historic moment, which gathered hundreds and hundreds of faithful from across the nation, who proceeded along the avenue "Gran Capitán".

Finally, in 2015, the statue of Mary Help of Christians participated in the great Marian event "Regina Mater", on the occasion of the 775th anniversary of the consecration of the Cathedral of Cordoba.

"Last Saturday it was not May 24, but Salesian fervor and devotion invaded the streets of Cordoba. The statue of Mary Help of Christians was carried in an extraordinary procession through the streets of the city to commemorate the centenary of the blessing and consecration of the sanctuary that bears her name," reported the newspaper ABC de Sevilla. "The statue was transported to the city cathedral, where a solemn pontifical Mass was held, presided by the bishop of Cordoba, mgr. Demetrio Fernández González."