Italy - Rector Major and his Vicar, with Provincials, on Salesian Sites 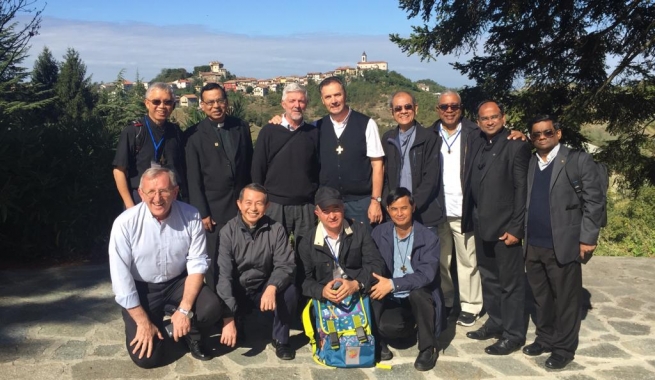 (ANS - Turin) - The meeting of the Rector Major, Fr Ángel Fernández Artime, with the Salesian Provincials who have reached the midway point of their six-year term of animation and government is currently under way in Turin. The meeting, which began last Sunday, September 23rd, and ends Monday, October 1st, sees the participation, in addition to the Rector Major, of his Vicar, Fr Francesco Cereda, and of 8 Provincials at their mid-term. They are:

And Fr Andrew Wong, appointed Superior of the new Vice Province of Indonesia (INA) as recently as August.

The event, which will include numerous stops and stages involving a charismatic "recharge" at the most important Salesian Sites, will serve to highlight various important aspects of the service of the Provincial to their respective confreres: the Provincial's view on his Council, the opinion of the Confreres on the animation and government of the Province, the steps forward made by the Province starting from the last General Chapter and in relation to the conclusions of the last Extraordinary Visitation, the identification of the most important challenges for the Province: strengths and hopes, difficulties and problems, and so on.

Among other activities involving the Provincials, besides individual dialogue sessions with Fr Á.F. Artime and with Fr Cereda, are important moments of shared Salesian spirituality, first among others, and their participation in the Eucharist of the 149th Salesian Missionary Expedition.