RMG – "Don Bosco International": a reflection on Poverty and Migration in Europe from a Salesian perspective 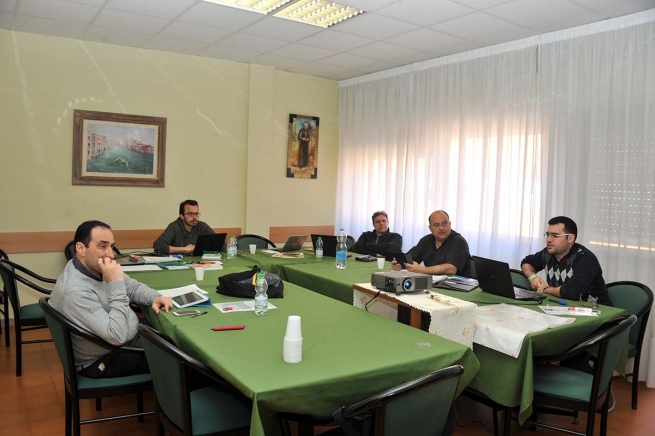 (ANS - Rome) - According to the EU Statistical Office (Eurostat), at the end of 2014 there were 122.3 million people in Europe at risk of poverty or social exclusion, equal to 24.4% of the total population of the 28 EU member countries. According to Eurostat in 2020 "it is expected to reduce poverty to 20 million people." But what is the reality of poverty in Europe? What is the position of the Salesians with regard to the high rate of poverty among children, adolescents and young people present also in "rich" Europe?

The fact that there is "a 27.8% rate of children at risk of poverty and social exclusion" is a challenge to all.   This rate is "higher than the general rate of the population of the 28 EU countries" as reported by the magazine "FronteraD ".

Faced with this situation, there was a meeting of the Expert Group on Poverty and Migration of "Don Bosco International" at the Generalate of the Salesians on 19-20 March. Representatives from Italy, Spain, Malta, Germany and Belgium gathered to process documents on the Congregation’s position in these important areas, starting from the reality of the situation and from social inclusion projects and care for migrants and refugees already taking place in various Provinces and Salesian Communities in Europe.

The recent EU agreements with Turkey, the situation of many refugees, the increase in poverty among children and young people and the risk of social exclusion in many countries of Europe make it necessary for the Salesian Congregation to take a clear and informed position in defence of human rights, particularly those of the most vulnerable.

The expert group also intends to explore possible forms of cooperation between European countries, through international projects and all those institutional placement services that the Don Bosco International can offer to the different Provinces of the two Salesian Regions of Europa.

The Department of Youth Ministry has great expectations on this working group, given the high priority given to social inclusion projects during this six-year term.