Guatemala - "Monk or no monk, I'm staying with Don Bosco" can still be heard at CRESCO 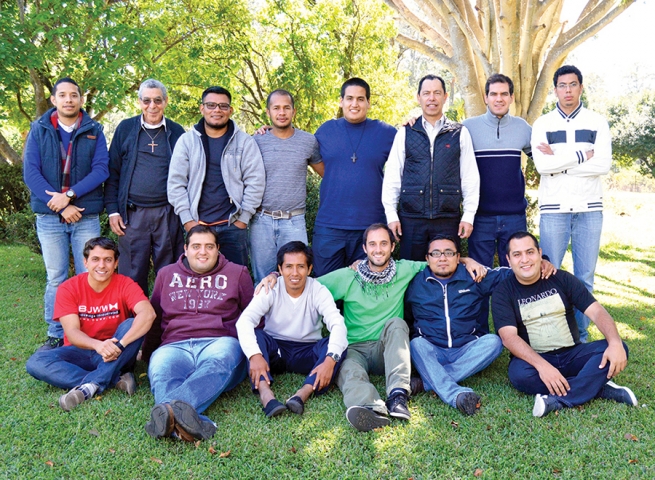 (ANS - San José) - When Don Bosco asked John Cagliero to stay with him to found a religious congregation, we are told that Cagliero walked to and fro at Valdocco, in deep thought, not knowing what to say. Fr Lemoyne writes, "After much thought Cagliero came out with the saying: 'Monk or no monk, I'm staying with Don Bosco'". The Salesians are not just priests. There are Priest Salesians and Brother Salesians.

Those who know the Salesians often refer to them as "the Salesian Fathers." It may come as a surprise to some to learn that the "Fathers" are only a part of the Congregation. There is another part made up of lay Salesians who are not priests but are fully Salesian, making the same religious profession as the priests.

The Salesian Brother is another fruit of Don Bosco’s charism. Don Bosco had the art of being able to "get help". From among his boys he chose the most capable and gave them positions of responsibility in that world of young people. Many of his co-workers came and went. Don Bosco needed people who were more committed. So he began to cultivate a group of young helpers and with them he proposed to form a religious congregation, the Salesians.

At that time, the habit was essential for all religious, priests or lay members. Don Bosco was brave enough to include in his new Congregation some "Salesians in shirt sleeves”, with no habit or outward signs.

The Salesian Brother was born in this way: a layman consecrated by religious vows, dedicated to the education of poor young people, assisting in all those types of services that Salesian work requires as teacher, technician, administrator and so on.

In 1990 in Latin America the idea arose of ​​creating a Regional Formation Centre for the Salesian Brother (CRESCO). At a meeting of the Provincials in Fusagasugá, Colombia, in 1992, the project was approved and it was decided to build a house in San Salvador. Fr Egidio Viganò, Rector Major, visited the centre when work had started, and in 1994 he formally opened this great Salesian programme.

In the 22 years since 1994, 136 brothers have received specific training as Salesian Brothers at CRESCO, accompanied by a team of 19 formators.

The Salesian Congregation continues to promote courageously this vocation which first came from the heart of Don Bosco.